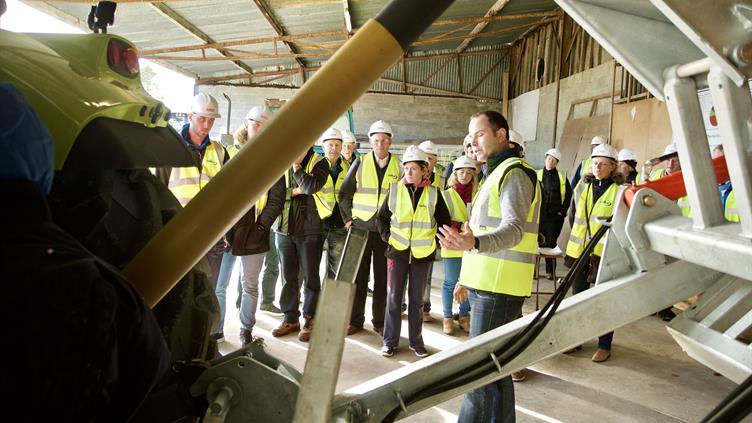 More than 120 people gathered at Mountbellew Agricultural College, Co Galway, to hear advice from industry leaders and watch live demonstrations of best practice around a variety of common agricultural tasks.

Hints and tips on the correct use of chainsaws and tractors, as well as livestock management, farm building maintenance and slurry safety, were all offered up by experts from the college, Teagasc, Coillte, Height for Hire and IOSH.

The event also included an interesting and poignant input on farm safety by Martin O'Halloran, Chief Executive of the Health and Safety Authority (HSA).

IOSH Ireland Branch Chair, Liam Howe, too spoke about the necessity of 'cultural change' and 'state of mind' positioning, leading to behaviour change in the farming workplace.

Liam said: "The practical demonstrations aimed to provide workers with useful knowledge that they could take away and apply back on their farms.

"We also wanted to get them thinking about what they could do to promote occupational safety and health more widely among their communities."

The event on 16 November was the second of its kind to be staged by the branch and Rural Industries Section. They previously worked with IOSH Northern Ireland Branch to put on a similar event in 2015 at Teagasc's Ballyhaise Agricultural College, in Co Cavan.

It is part of a concerted effort by IOSH's branches in Ireland and Northern Ireland to promote farm and farmer safety, and support the work being done around the issue by both the HSA and Health and Safety Executive for Northern Ireland (HSENI).

IOSH would like to thank Teagasc, Mountbellew Agricultural College and its Principal Tom Burke for the use of the college's facilities and staff on the day.