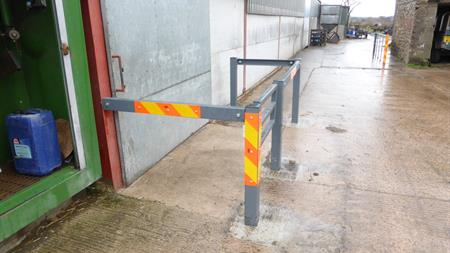 JS Wood and Son, which owns Wragmire Bank Farm in Cumwhinton, Cumberland, has been fined £100,000 and ordered to pay £7,310 costs.

The accident happened on 26 January 2017 when one of the farm's employees walked out of the calf shed on to the thoroughfare. He sustained fatal head injuries and was pronounced dead at the scene.

The Health and Safety Executive (HSE) said the route to the calf shed was regularly used by workers on foot and agricultural vehicles and that the company had failed to ensure that pedestrians and vehicles could circulate in a safe manner.

JS Wood and Son pleaded guilty to breaching reg 17(1) of the Workplace (Health, Safety and Welfare) Regulations, which covers the organisation of traffic routes.

HSE inspector Matthew Tinsley said the company should have implemented control measures to prevent or reduce the risk that moving vehicles present to workers. "These measures can include using railings, segregated vehicle and pedestrian routes, speed limits and warning signs," he said.