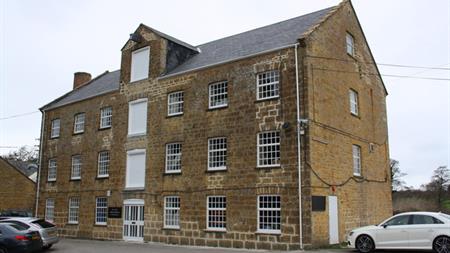 The And So To Bed employee was standing on the platform, which was attached to a forklift truck and was open sided, on 1 February 2017 when the accident happened at the company's factory in Bridport, Dorset. He sustained injuries to his knee and face, Poole Magistrates' Court was told.

An investigation by environmental health officers from West Dorset District Council found that And So to Bed had invested in a safer system after its 2006 safety and health audit report said the use of the makeshift platform was "unacceptable". Despite this, the dangerous MEWP had continued to be used on an almost daily basis.

It had failed to manage the risk of staff falling from the MEWP and had not implemented a safe system of work. The personal protective equipment provided to employees was also "inadequate", the council said.

And So To Bed implemented a new safety and health regime after the accident, which the judge acknowledged at the sentencing hearing on 28 August.

Councillor Anthony Alford, leader of West Dorset District Council, said: "The health and safety practices of And So To Bed were simply not good enough. This accident should never have happened and could have been avoided."