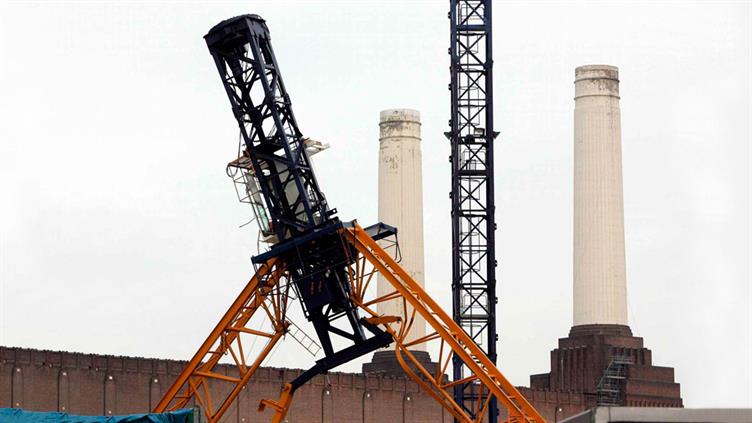 The collapse happened in 2006 at a Barratt Homes development in Battersea. Crane driver Jonathan Cloke was in the cab as the jib fell 50 m on to Michael Alexa, a member of the public who was washing his car in a street beside the site. Both men died.

Southwark Crown Court was told sections of the tower crane separated when 24 bolts failed due to metal fatigue.

The bolts were on the crane's slew ring, which connected the mast to the slew turret, allowing the arms of the jib to rotate 360 degrees. When the bolts failed the slew turret and jib separated from the mast and fell off.

The Health and Safety Executive (HSE) investigation found Falcon Crane Hire had not learned from a similar incident nine weeks earlier, when four slew ring bolts sheered on the same crane and all the bolts were replaced.

The HSE found the company had an inadequate system to manage inspection and maintenance of its crane fleet. Its process to investigate the underlying cause of components' failings was also lacking. The court heard the bolts' previous failure was an exceptional and significant occurrence, which should have triggered an investigation by Falcon.

Another Falcon tower crane collapsed in Liverpool four months after the Battersea accident, killing one person. The HSE subsequently issued the company with a prohibition notice requiring it to take 180 cranes out of service until they had been independently examined.

When the company was formally arraigned in February 2015 the GMB trade union's national health and safety officer John McClean said the 10-year delay before trial was "an outrage and completely unacceptable".