‘Failings across the board’ cause too many hydrocarbon releases, says HSE 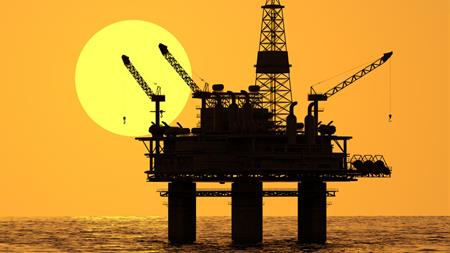 In a letter sent to offshore oil and gas production operators in the region, Chris Flint, the director of the HSE's energy division, has urged industry senior leaders to assess their operations and to reflect on the learning from incidents across the process industries to identify where improvements can be made.

Flint has asked operators to respond to him by 20 July stating what measures they either have or will introduce to improve their safety management systems on the areas of process safety leadership, as well as assurance, audit and review.

He said: "Every HCR is a safety threat, as it represents a failure in an operator's management of its risks. I recognise the steps the industry has taken to reduce the overall number of HCRs, however HCRs remain a concern, particularly major HCRs because of their greater potential to lead to fires, explosions and multiple losses of life. There have been several such releases in recent years that have been perilously close to disaster.

"If you get the safety culture right, staff will be much more likely to spot hazards, challenge when standards aren't right, and be engaged in improvement. And if you have an effective system of monitoring and audit in place, leadership will know which systems need fixing, and can target their efforts to prevent the incidents occurring in the first place."

The HSE will feedback significant findings from the exercise to the industry later this year.

In July 2017 IOSH Magazine reported findings from trade body Oil and Gas UK's latest Health and Safety Report, which contained data on leading indicators for major accidents hazards, including HCRs. It showed that of the 292 process safety dangerous occurrences reported in 2016, 54 of them (18%) were HCRs -- the second most frequent type of incident, behind only dropped objects (20%).

The report also noted that the overall downward trend seen over the last decade has been sustained and in 2016 the number of major and significant process releases (those with the potential to escalate) was the lowest on record.

In February 2016 ConocoPhillips UK was fined £3m after three gas leaks in two days occurred on the Lincolnshire Offshore Gas Gathering System in the North Sea in 2012. No one was injured but 66 workers' lives were put at risk.

The oil and gas exploration firm pleaded guilty to three breaches of the Offshore Installations (Prevention of Fire and Explosion, and Emergency Response Regulations) for failing to prevent uncontrolled HCRs and was fined £1m for each of the failings.

The company's bid to reduce the penalty was dismissed by the Court of Appeal later that year.

At the appeal hearing, Judge Treacy told the court: "The risk involved was foreseeable and significant. If the gas had ignited the risk to personnel of death or serious was extremely high [-¦] All 66 occupants of the platform had been put at significant risk."

The HSE set up a database on HCRs in 1996 in response to Lord Cullen's recommendation in his inquiry into the 1988 explosion and fire on the Piper Alpha production platform in the North Sea, which killed 167 workers.

This year is the 30th anniversary of the Piper Alpha disaster.