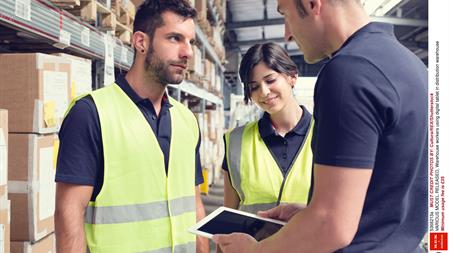 At the same time, the research identifies an increase in the use of management systems approaches to OSH as managers or specialists take on responsibility for safety and health management.

The researchers interviewed with managers and worker representatives from 143 private and public sector establishments of varying sizes in seven EU member states: Belgium, Estonia, Greece, the Netherlands, Spain, Sweden and the United Kingdom.

Even in those countries with the most significant worker representation, such as Sweden, "highly effective practices for worker participation in OSH were seen in only a small number of establishments surveyed, suggesting that good worker representation is far from the norm," the researchers say.

The study examined why practice in workplaces appeared not to meet the statutory provisions that entitle all EU workers to OSH representation and consultation and why the proportion of workplaces without representative arrangements is increasing. The researchers report that the decline is due in part to the fact that legislation on representation is often "facilitatory rather than compulsory" and that regulatory inspectors rarely enforce worker representation in establishments. They also note the change in industrial demographics; fewer workers are now employed in traditionally unionised workplaces.

The quantitative ESENER-2 analysis published last year, drew on a poll of 50,000 workplaces in the 28 EU countries. It reconfirmed the association between the presence of worker consultation arrangements and OSH management best practice in organisations.

Most of the interviewees were selected from respondents who had participated in ESENER-2 and had agreed to be contacted for the follow-up investigations. They were also drawn equally from three sectors: private manufacturing, the public sector and private services.

The researchers' analysis also drew on a literature review and additional interviews with key informants in relevant organisations as well as further quantitative analysis of relevant ESENER-2 data.