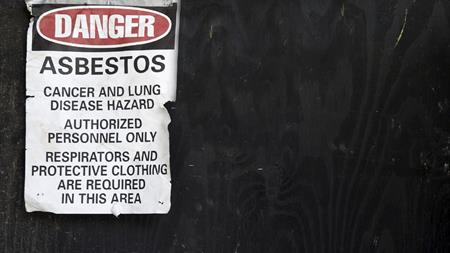 An investigation by the BBC has found that in the past ten years 32 councils in England have settled claims from 220 retired teachers, school staff and ex-pupils.

According to figures released following a Freedom of Information (FOI) request, asbestos-containing materials (ACMs) are present in at least 12,600 council-run schools. This number does not include more than 5000 academy schools, so the total is likely to be higher.

The BBC also found inconsistencies in how councils monitor the presence of ACMs; of the 135 LAs that responded to the FOI request, 13 revealed they had no data on which of the local schools contained asbestos.

The BBC said it is likely the compensation claims exceeded £10m because ten councils did not disclose information about how many asbestos cases they had settled.

Between 2011 and 2016, LAs reported 99 incidents of asbestos exposure in school premises.

"The figures reveal great variation in the management of asbestos, with some LAs claiming not to know how many of their schools contain asbestos, some withholding the information and others stating that full responsibility lies with school themselves," said the National Union of Teachers.

"[They] paint a disturbing picture of complacency, evasion of responsibility and lack of knowledge."

John McClean, chair of the Joint Union Asbestos Committee and secretariat of the Asbestos in Schools group, said: "What this information reveals is that the government's policy of managing asbestos in schools is simply not working and is putting children and staff at risk.

"We call upon the government to undertake a national audit of asbestos in schools, set out a long-term strategy for the removal of asbestos from schools, and ensure that the Health and Safety Executive has the funding it needs to inspect schools."