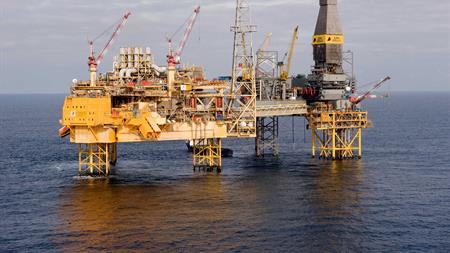 Neil Rothnie outlined his concerns after reading the findings from a Health and Safety Executive (HSE) report into the Elgin offshore rig, run by Total E&P UK and situated 240 km east of Aberdeen.

The industry expert says the report had revealed problems with high-pressure gas leaks on the rig since 2001 and repeated failures to deal with the risks.

The French oil and gas giant was fined a record £1.125m after pleading guilty to breaching regulation 13(1)(a) and (b) of the Offshore Installations and Wells (Design and Construction, etc) Regulations 1996 and section 33(1) of the Health and Safety at Work Act at Aberdeen Sheriff Court in December 2015. The company's failures had led to the largest release of gas on record from the Elgin offshore platform.

The court heard that in February 2012 the well suffered a series of casing failures, which the company correctly responded to by beginning a well kill operation on 15 March. However, Total E&P UK failed to identify and implement sufficient control measures and control of the well was progressively lost. On 25 March 2012, the well failed and it took the company just over seven weeks to bring it under control, resulting in the release of more than 6,000 tonnes of gas and condensate.

All 238 personnel were safety evacuated from the Elgin offshore platform and the adjacent Rowan Viking jack-up drilling rig, and a 3.2 km shipping and aircraft exclusion zone was imposed around the Elgin platform. The report concluded that while there was a real risk of fire or explosion on the platform, on this occasion wind had blown the gas away preventing it from igniting.

Rothnie, who worked on North Sea rigs for 40 years, told Scotland's Sunday Herald newspaper for its 5 February 2017 edition that transparency was "essential if a major catastrophe is not going to rock our industry".

The retired engineer pointed to the 2012 blowout and a more recent incident in January 2017 during which Total E&P UK had to restrict access to Elgin B platform while it investigated a gas flow issue when drilling a well off the platform.

He has requested that the First Minister Nicola Sturgeon commission a qualified oil engineer or safety specialist to review the Elgin investigations' reports, so that the lessons can be reassessed and to determine whether the lessons learnt so far have been disseminated in the industry.

But Iain Brotchie, corporate communications manager for Total E&P UK, told the Scottish Sunday paper that it was wrong to link the two events. He said that the recent problems had been resolved and the bottom part of the well had been successfully cemented.

"At all times the well was under control at the surface and there was no loss of containment," he told the Sunday Herald. "Precautionary measures that were put in place during the operations, such as restricting access to essential personnel only and also the reduction of production, have now been lifted."