Employer was not liable for office prank injury, judge rules 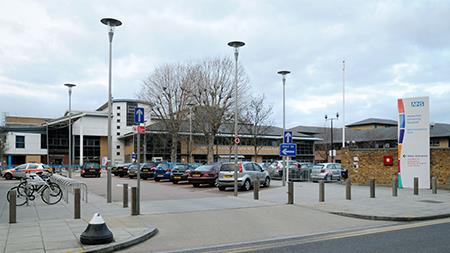 Patel claimed the NHS trust was indirectly liable for her colleague's "act of folly".

However, Judge Heather Baucher dismissed the case on 13 October at the Central London County Court, ruling that Khan was acting "outside the scope of his work".

The judge cleared the trust of any wrongdoing and ruled that Khan was "acting in a purely private capacity, unconnected with his work".

Judge Baucher told the court: "I find that he deliberately moved this chair on the spur of the moment, and almost with a flick of his hand.

"He had no reason to do so, there was no malicious intent. It was an act of pure folly".

In his evidence, Khan had said he could not explain why he had moved the chair. Judge Baucher said: "With hindsight, he said that he thought Patel saw him do it -- move the chair -- and that she would laugh."

Earlier, Patel had told the court that Khan had tried to move her chair once before, but that she spotted him in time.

The ruling follows a similar judgment, handed down in the Court of Appeal in February 2015, in which the employer Commercial Bodyworks was successful in avoiding a finding of vicarious liability. In that case, the claimant, Paul Graham, failed to convince the court that his co-worker's act of negligence had occurred in the "course of employment".