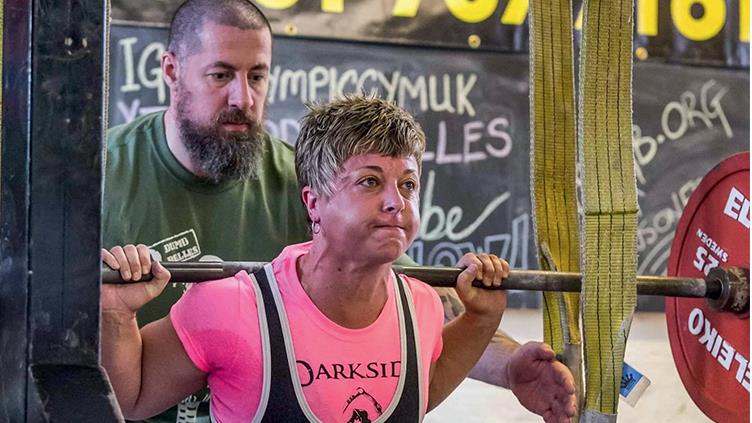 We followed an online powerlifting programme, then my husband found a novice competition in London. We contacted the person running it and he said we'd either love it or hate it. We really got into it.

Powerlifting is different from Olympic lifting and weightlifting. It's made up of three techniques: squat, bench and deadlift, which are all very technical.

I started with squat. I'd done a lot of dancing -- tap and ballet -- when I was younger, and I'd also done spinning, so I had some strength in my legs. I was quite surprised when I found I could do it. I lifted 80 kg, then 90 kg. I just wanted to do more -- it keeps progressing. Before I did powerlifting I did 5k runs and 10k runs. But I felt that when you've run one 10k, you've done them all: the only thing that changes is the route. With powerlifting, once you've achieved one weight, you're thinking: what do I need to do to reach the next level? You're never fully satisfied; you're always looking to improve. 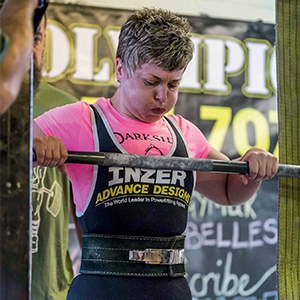 I've been competing for about five years. For the first few years, my husband and I went from one competition to another, but it wasn't sustainable; it didn't leave us enough time to train between them. We competed locally in Somerset, and in London and Birmingham -- we were doing eight or nine a year -- but we weren't increasing the weights we could lift. Then, three years ago, we changed our diets. We joined the Global Powerlifting Committee and we met our coach, who invited us to join his team, Darkside Barbell.

I'm currently European and world champion for my weight class 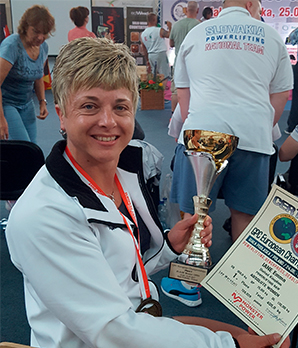 Training before a competition can be intense. My coach writes my training programmes. A gym session can be three or four hours long, and you don't leave until you've completed it. I found sticking to the right diet very hard at the start; it took a lot of willpower. I need to lose weight for the weigh-in, which takes place 24 hours before a competition. About 12-15 weeks before a competition I start to be super-strict. It can be difficult with work because I travel a lot: I take a cool bag full of Tupperware boxes with me. In some ways, the gym's the easy part. But winning the competition -- what I'm aiming for -- keeps me focused. My biggest lifts in competition are squat: 170 kg, bench press 82.5 kg and deadlift 175 kg.

Even though it's competitive, powerlifting is a friendly sport. People are really supportive. If you're at a competition and you're going a bit wrong, there's always someone on hand to help, who will suggest changing a hand or foot position. When you're out on the platform, it's really strange: you kind of build up your aggression as you focus entirely on completing the lift. What the public doesn't see is the laughing and joking -- the social aspect -- that's goes on in the background. It's also an excellent stress relief: if I've had a difficult day, then I go to the gym to release all the tension.

I keep my work and sport lives separate. But on the day before an event, I'm a stickler for going to check the equipment. I'll make sure all the nuts and bolts are in place. You have a lot of weight on your back when you're lifting, so you don't want anything going wrong. It is quite a dangerous sport. I've seen a couple of horrendous accidents: someone who snapped their forearm during a bench press, and another when someone injured their kneecap. Touch wood, I've only had a couple of niggles, and a sports massage once a month sorts them out.

I started weight training around ten years ago and I wish I'd started earlier. I'm 36 now, which is getting on in this sport. Once I hit 40, I'll move into the masters' category -- which is basically an "old birds" category.

I'd encourage others to give it a go. Women will often come and ask me about it at the gym. You can do cardio; but if you build muscle you burn more fat. It can feel intimidating when it's all men in the weight section, but your confidence grows.

Powerlifting isn't recognised at the Olympics unfortunately. If it was, I'd be there.