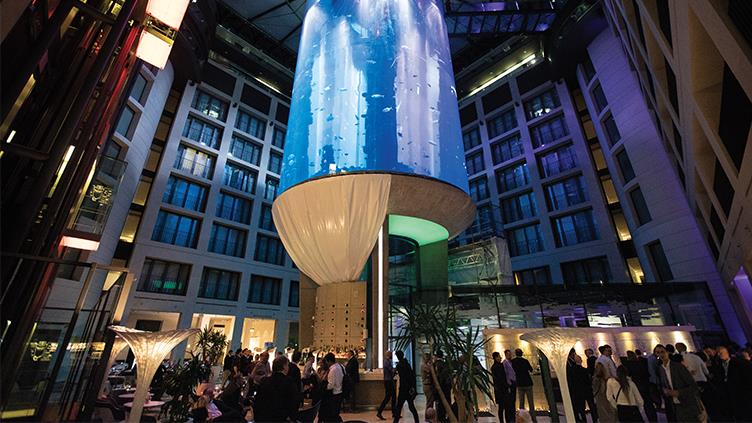 More than two-thirds of rules in most safety and health management systems are self-imposed, said John Green in a keynote speech to the EHS Congress at the Radisson Blu hotel in Berlin, Germany, on 8 November.

As regulatory systems have become more goal-based and less prescriptive, organisations have made rods for their own backs.

"We need to look inwards if we want to reduce our dependency on rules, not outwards," he argued.

Green, who is vice-president, environment, health and safety at Canadian construction group AECON, offered advice on making the "new view" of safety management -- which he helped popularise in the UK as "safety differently" -- stick in organisations. Focusing on enhancing performance rather than simply containing accident rates, he said, would involve practitioners weaning themselves off a rules-based culture.

Shifting the emphasis from outputs such as accident rates risked creating resistance among trade unions and insurers, Green admitted, "but our experience was that there is no substitute for sitting down and talking to stakeholders and being open-minded about their concerns". 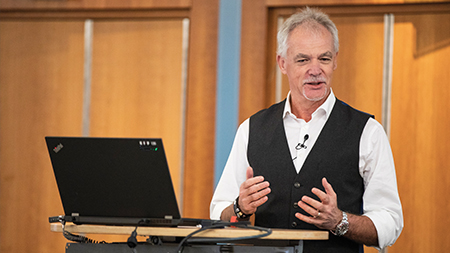 He said that often those most exercised by workplace safety have already realised that doing more of the same will not generate improvements.

Green suggested testing the water through micro-experiments, such as organising a toolbox talk that is not about giving out information; a safety audit methodology that is not about the management system's compliance with external standards; or devising a technique to learn from normal work rather than focusing on deviations or shortcomings.

Some experiments would inevitably fail, he said, but "trial and error is much more effective in overcoming complexity than using experts", he said.

Embedding the new view depended on leaders realising they should not always lead from the front: "Leading safety differently is about having the courage to realise the answers are there to be found, often in the workforce, but we as leaders don't have them -¦ this requires a lot of people to suspend their egos."

Leaving behind an exclusive emphasis on the absence of harm and focusing on positive efforts to increase safety was daunting, Green said, but it gave practitioners "the real opportunity to participate in the fourth industrial age and to become partners both in advancing our cause but also contributing to the success of the enterprises that employ us".

In a panel discussion chaired by conference host and IOSH president-elect Professor Andrew Sharman about the nature of safety culture, Rhona Flin, professor of industrial psychology at the University of Aberdeen, questioned the common definition of culture as what people do when no one is looking. 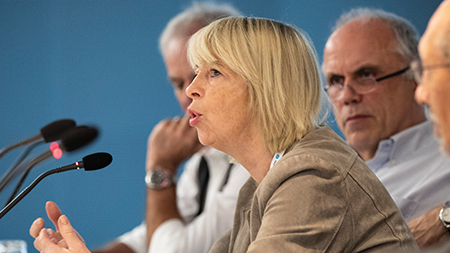 "Before behaviour we need to think about what is going on in people's heads -- their attitudes and priorities," she said.

Johan Geerinck, vice-president of environment, health and safety at Johnson & Johnson, agreed. "Value triggers action," he said, noting that, though most people believe exercise is good for them, those who remain inactive do not have it as a value.

Geerinck said all accidents are preventable because there are always preventive actions that can be identified after the incident to avert a repeat occurrence. Flin said this was an example of post hoc rationalisation and that hindsight always makes it easier to identify causes and combinations of circumstances that might have been hard to foresee before the risk eventuated.

Mariana ArÃ£o, senior EHS leader at US commodities group Cargill, said campaigns after safety failures were the norm but had limited value in building a safety culture. She said Cargill's animal nutrition division started a Rally for Safety when its farms, plants and warehouses and offices stand down for two to four hours to try to identify where the next severe safety failing might appear. ArÃ£o noted that the first rally was held after a serious incident and the feedback from the workforce was "you only do stuff when there is an accident". The result was that the rally was turned into an annual event. 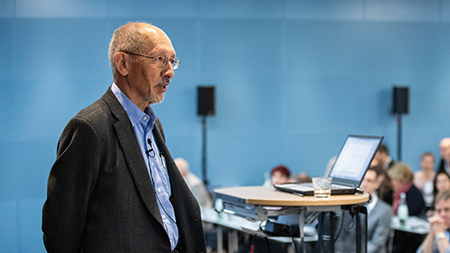 Erik Hollnagel, who developed the theory of safety I and safety II, which, like Sidney Dekker's concept of safety differently, concentrate on replicating positive safety outcomes rather than limiting failure, presented a keynote on the conference's second day.

Hollnagel, senior professor of patient safety at the University of JÃ¶nkÃ¶ping in Sweden talked delegates through his resilience assurance grid (RAG). This is a free tool for organisations to improve their capacity to withstand shocks and manage change (bit.ly/2KEqYKx). Resilience, he said, was measured by a business's ability to monitor changes in its status and environment, its ability to anticipate change, its capacity to respond to threats and opportunities, and to learn from what goes wrong and right.

The RAG helps an organisation to measure each of these four factors. For the anticipatory element, for instance, it asks about the business's explicit model for the future, how far ahead it looks and what risks it is willing to take. These are judged by answers to a set of eight questions, and include: "Does the corporate culture encourage thinking about the future? How often are future threats and opportunities assessed? Does the organisation have a clear strategic vision and is it shared?"

The questions can be used to derive specific statements that employees are asked to agree or disagree with. Hollnagel suggested that, when enough employees have rated the statements on the four factors, the results could be displayed as a spider diagram, showing the state of resilience. The data could then feed an action plan to shore up the weaker areas.

Hollnagel emphasised the RAG was to be used for an organisation to take the temperature of its own resilience but not to benchmark itself against others. 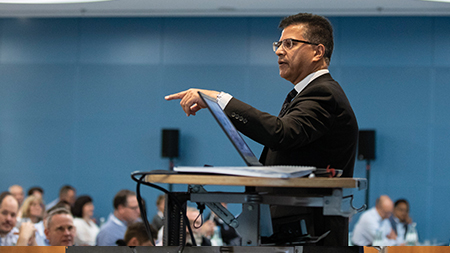 Hollnagel sat on a discussion panel that was asked by a delegate what skills OSH practitioners ought to develop to be more effective. In keeping with his safety II approach, he said they should try to understand how things work when they are going well, "which does not require new skills, just a new perspective".

His fellow panellist, John Green, agreed, saying the skills safety leaders needed were the same as those for any other type of leader.

Professor Alistair Gill of Loughborough University said the softer management skills were the ones that would help the profession. His research into the safety management success of the 2012 Olympics found that "the things that made a difference were the generic things to do with managing people better". Concentrating on motivating people to be safe should take precedence over the compliance imperative. "If you have to cover the law, cover it at the end," he said.

In an earlier keynote on leadership characteristics, Professor Dil Sidhu, vice-dean of executive education at Columbia University, New York, had offered a set of aptitudes shared by "authentic" leaders. These were a talent for judging sensitive situations and articulating them, the ability to establish close relationships with subordinates while keeping some distance, sharing weaknesses to establish trust and well-developed communications skills.

Back at the panel, Rona Flin cautioned that, in shifting focus from accident rates and regulatory compliance to positive indicators, practitioners risked "losing the baby with the bathwater".

Green countered that there was scope for a happy blend between traditional safety management and the "new view", but "you can get to a point of ridiculousness if you only use this war on error".

Hollnagel said the risk in refining compliance and error reduction was that "because we are reactive, we add and add and don't integrate". In Sweden, he said, the speed limit on public roads was defined by 14 separate regulations. A study of surgical guidance found there were no fewer than 75 guidelines for setting a fractured femur. "We need to get away from fragmentation," he said.

"We should start by taking a step back. Don't try to answer a question unless you have convinced yourself it's a sensible question."