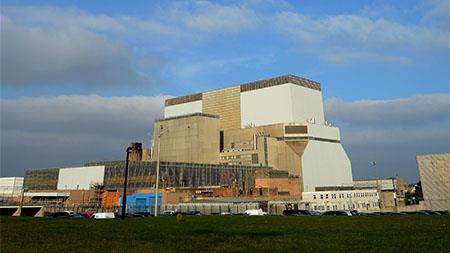 EDF-NGL is the nuclear site license holder at Hinkley Point B and Doosan Babcock is a contractor that undertakes work at the site on its behalf.

The Office for Nuclear Regulation (ONR) brought the prosecution against the two companies after a Doosan Babcock employee fell through an unprotected skylight whilst undertaking welding work on the roof of a gas turbine building on 12 April 2017.
The accident was a conventional health and safety matter and there was no nuclear safety or radiological risk to workers or the public, it said.
The Somerset County Gazette reported that Dale Smart, 27, was on his first day back at work after paternity leave when he fell 1.6 m on to a cabinet and then dropped 2 m to the floor.
He sustained three cracked vertebrae and has not yet returned to work.
Previous advice given by the ONR for EDF-NGL to survey all roofs and erect signage was apparently ignored.
An ONR spokesperson told IOSH Magazine: "EDF-NGL had been reminded of such risks [presented by fragile surfaces such as skylights] by the ONR in November 2015 following a visit to the company's Hunterston B power station."
"ONR issued improvement notices to both EDF-NGL and Doosan Babcock, requiring them to put in place appropriate safety measures to ensure that such risks are properly controlled in the future. Both companies have since complied with these notices and have delivered necessary improvements to ensure that such risks are properly controlled."
Defending EDF and Doosan Babcock respectively, Dominic Kay and Simon Antrobus reportedly said both companies had carried out "root and branch" reviews of their work at height procedures.
EDF pleaded guilty to breaching s 3(1) of the Health and Safety at Work Act and was fined £200,000 by Judge David Ticehurst at Taunton Crown Court on Friday (1 February). Doosan Babcock was fined £150,000 after it admitted breaching reg 4(1) of the Work at Height Regulations. They were ordered to each pay half of the prosecution costs of £36,354.
EDF's station director at Hinkley Point B power station, Peter Evans, said: "We fully accept the decision of the court and we are sorry that this incident happened [-¦] We will do everything we can to learn lessons and to stop this happening again."
In accounts filed at Companies House, EDF, which had a turnover of £2.69bn in 2017, said it provides training to managers to "ensure they understand their responsibility for the safety of the employees that they set to work" and has set up a confidential helpline "to help eradicate unsafe practices and safeguard our employees".
Doosan Babcock reported a turnover of £356.3m in 2017. Last year the company achieved certification to ISO 45001, the new international management standard for occupational safety and health.
Donald Urquhart, ONR's deputy chief inspector and director of operating facilities regulation, said: "The level of financial penalty in this case is not a matter on which ONR has a view. As an independent regulator, what matters to me is the safety of workers and the public on and around nuclear licensed sites, and this prosecution shows we will take robust regulatory action where necessary to ensure that those that we regulate secure and maintain compliance with the law." (See table below for how the judge applied the sentencing guidelines.)

Hinkley Point B is due to be decommissioned in 2023.