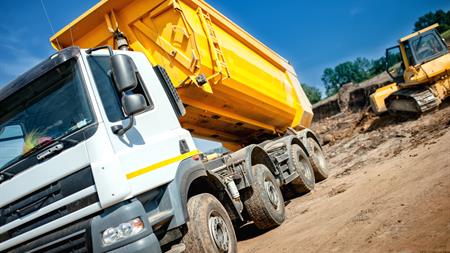 The good practice guide was developed through the Strategic Forum Plant Safety Group (SFPSG), which is led by the CPA, to reduce the number of incidents in the construction plant sector involving forward-tipping dumpers, such as the vehicles striking workers or overturning.

The draft document is open for comment until 11 January 2019.

Safe Use of Dumpers notes that a dumper should not be an "automatic choice" for organisations. If it is identified as the most appropriate machine, effective planning and supervision must also be in place, in addition to workers who are competent and authorised to carry out their role.

Ensuring operators remain seated during the loading process is another important consideration.

As the guidance says: "Many dumpers currently in use have an open operator's control station which, in the event of an overturn, rely on the operator wearing a seatbelt to keep them within the protective envelope of the rollover protection structure.

"Research shows that some operators believe that in the event of an overturn, they have a better chance of survival if they do not wear a seatbelt so that they can jump clear of the overturning machine. Analysis of dumper overturning incidents [where operators were not wearing seatbelts] indicates that they have not been able to jump sufficiently clear in time and have been shown to survive (with major injuries) rather than die.

"Those wearing seatbelts have been shown to survive (with minor injuries) rather than die. The non-wearing of seatbelts during dumper operation should be of concern to both employers and employees, unless specifically risk justified such as for example in the case of operating next to water."

Other topics covered include: management and supervision requirements; training and information; segregation and exclusion zones; and ground conditions.

Following several serious incidents and concerns throughout the construction plant sector, an industry forum for dumpers was established in October 2016 to try to avoid future accidents. The SFPSG dumper development group was then set up to start work on the good practice guide at the beginning of this year.

Members of the group include plant hirers and owners, clients, contractors, users, manufacturers, importers and the Health and Safety Executive.

It will review all comments received before the final document is published by Easter 2019.