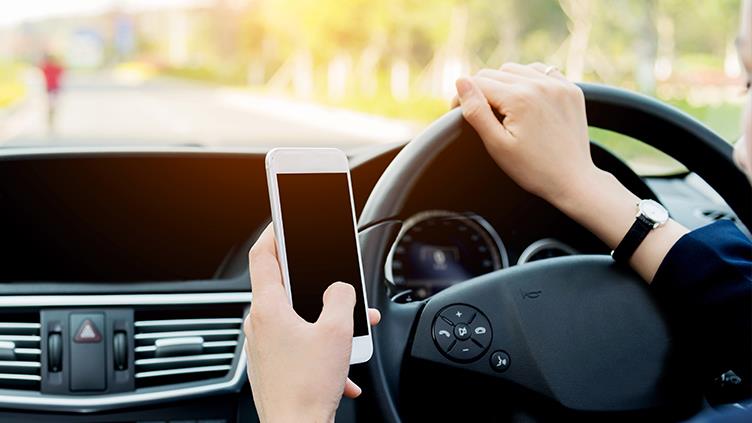 In 2016 motor vehicles covered 521 billion km in Great Britain, resulting in 1,792 road fatalities, 24,101 serious injuries and 155,491 minor injuries. All those incidents, as well as the millions in the years before and the toll since, have consequences for those immediately involved, but many also have an impact on employers.

Beyond the physical manifestations of accidents in smashed vehicles and lost loads, there is the incapacitation of key employees. When those employees are also found to be at fault, the legal system can puncture operational activities.

Employers have to take care that their requirements on workers who drive, from sales reps to heavy goods vehicle drivers, do not contribute to circumstances in which they are not giving that task their full attention.

The Road Traffic Act 1988 offers the authorities a suite of offences to punish bad driving. The most serious is causing death by dangerous driving -- when a driver's performance falls far below that of a competent and careful driver and their actions have resulted in the death of another road user. A crown court can jail the offender for up to 14 years and disqualify them for a minimum of 24 months. If a fatality has occurred but the standard of driving has fallen below, but not so far below, that of a competent, careful driver, the defendant will face a charge of causing death by careless or inconsiderate driving. This carries a maximum sentence of five years' imprisonment and disqualification for at least 12 months.

An offence of dangerous driving could be punishable by up to two years in prison and disqualification for a minimum of 12 months. Careless driving is not imprisonable and rarely attracts a ban if no one is hurt or killed; the most common sanctions are fines and penalty points that are endorsed on the offender's licence.

In 2012 legislators attempted to fill the gap between minor injuries and death with the introduction of the offence of causing serious injury by dangerous driving, punishable by up to five years' imprisonment and a minimum 24-month disqualification from driving. 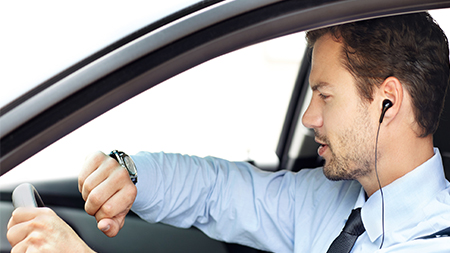 Samantha Ayres was on a long telephone call with a friend when she veered on to the wrong side of the road and collided head-on with 26-year-old motorcyclist David Kirk, who died. Ayres was using a hands-free kit, which is legal, but drivers must be in control of their vehicles. She was found to have been distracted by the call, which impaired her ability to drive safely. Ayres pleaded not guilty but was convicted in December 2017 of causing death by dangerous driving. She was jailed for three years and banned from driving for four.

In another case, Ryszard Masierak had stopped in the inside lane of the M1 motorway, though the hard shoulder beside him was empty. He was later found to be twice the drink-drive limit. A minibus driven by Cyriak Joseph drew up behind, displaying hazard lights. Then David Wagstaff, a driver employed by delivery company Fedex, ploughed his heavy goods vehicle into the back of the minibus, killing eight people, including Joseph. It was later found that at the time of the accident Wagstaff had been on a hands-free call for around an hour, albeit legally using Bluetooth, with his vehicle in cruise control.

Wagstaff admitted eight counts of causing death by careless driving and four counts of careless driving. He was jailed for three years and four months. Judge Francis Sheridan noted that Wagstaff would have had between nine and 11 seconds to have seen Masierak's vehicle and in front of the minibus ahead of him had he not been so distracted by his conversation.

Masierak's sentence underlines the difference between dangerous and careless driving. His intoxicated action in stopping in an active lane was the catalyst for the tragedy and deemed significantly more serious.

Wagstaff's distraction by his lengthy telephone call was highlighted by the court, but the case also serves as a reminder that drivers must avoid over-reliance on driving aids such as cruise control. The responsibility to pilot a vehicle safely is a basic obligation for all.

Inattention can also be caused by fatigue. Daryl Perera, 28, who was training to be a GP, had finished his second 12-hour shift in two days. He met friends for dinner and there was no suggestion he himself had been drinking.

As he was returning home just before midnight, he drove on to a crossroads in Birmingham city centre, ignoring a give-way sign and markings. He collided with another car, which was speeding but had the right of way; the driver sustained serious injuries.

Perera pleaded guilty to causing serious injury by dangerous driving and was jailed for two years with a five-year driving ban to start when he was released. This was later reduced to two years.

The case is a reminder that, irrespective of their work, the driver must ensure they are capable to drive at all times. As well as mobile phone use and fatigue, court judgments have highlighted other causes of distraction or inattention. These include sat navs, map work, talking to passengers, lighting cigarettes, eating, drinking, adjusting controls of electronic equipment, lack of situational awareness such as failure to use all visual aids, poor positioning, not managing junctions, coasting through give-way signs, failing to look ahead and poor lane management.

For business drivers, if we add reporting-in requirements and the necessity to check routes in unfamiliar areas, the risk of distraction-related impairment increases.

The government has recognised public concern about sentencing for drivers who kill or seriously injure others on the road. It has consulted on creating a new offence of causing serious injury by careless driving, increasing the maximum penalty for causing death by dangerous driving and death by careless driving under the influence of drink or drugs from 14 years' imprisonment to life.

In October 2017 the government said more than 9,000 submissions had been made with majorities of 70-90% supporting the proposals. The government has said it will bring forward the changes when parliamentary time allows.

Applying these proposals to the case studies, Samantha Ayres could have faced a life sentence of imprisonment. Ryszard Masierak would similarly have been at risk of a life sentence. If disqualification periods were increased, those individuals would probably be facing significantly longer driving bans.

The cases outlined and the likelihood of tougher sentences in future reinforce how important it is for organisations to vet prospective drivers, provide training and instruction and minimise distraction to ensure that their employees can operate safely on the road.