Drive to increase awareness of work cancers in Bulgaria 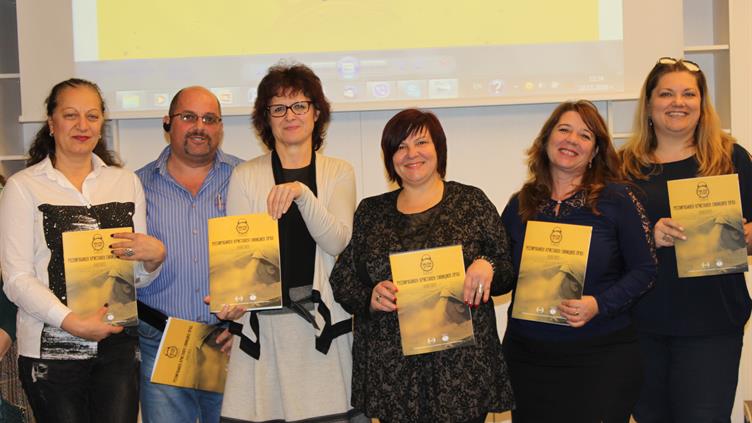 The Institution has worked with the Center for Safety and Health at Work in Bulgaria to adapt and translate the campaign's free materials into Bulgarian.

A dedicated website -- www.notimetolose.org.uk/bulgaria - has also been developed to further highlight the support for No Time to Lose in the country.

The new materials and website were both launched during an event hosted by the Center for Safety and Health at Work, in Sofia, Bulgaria, on 22 November.

Around 80 delegates attended, including Executive Director of the General Labour Inspectorate Executive Agency, Rumyana Mihaylova, representatives of the Ministry of Health, trade unions and various industries.

The event featured a presentation on No Time to Lose by Malcolm McIntyre, Chair of IOSH's New Accession Countries working party.

Speaking after the event, Malcolm said: "I have been involved with the Balkan countries for several years and they are committed to raising the standards of health and safety in each of the countries.

"The Center for Safety and Health at Work team must be congratulated for all the work they have put in to ensure a successful launch to this campaign."

The event was part of continued efforts by IOSH and its New Accession Countries working party to support the work of occupational safety and health organisations across the Balkans region.

Ljupcho Kochovski, manager of the Center for Safety and Health at Work, said: "The No Time to Lose initiative has a specific purpose to motivate employers, state institutions and structures to develop measures which prevent people being exposed to carcinogenic substances in the workplace.

"By supporting the campaign, and with IOSH's support, we want to achieve our main aim of ensuring we can all work with no need to pay for this with our health."

More than 170 organisations worldwide have to-date given their support to No Time to Lose, with the campaign having also been cited as a good practice solution on the tackling occupational cancer by the European 'Roadmap on Carcinogens' initiative.

The gathering in Bulgaria was the second to have been staged in the Balkans region in November to raise awareness of occupational cancers.