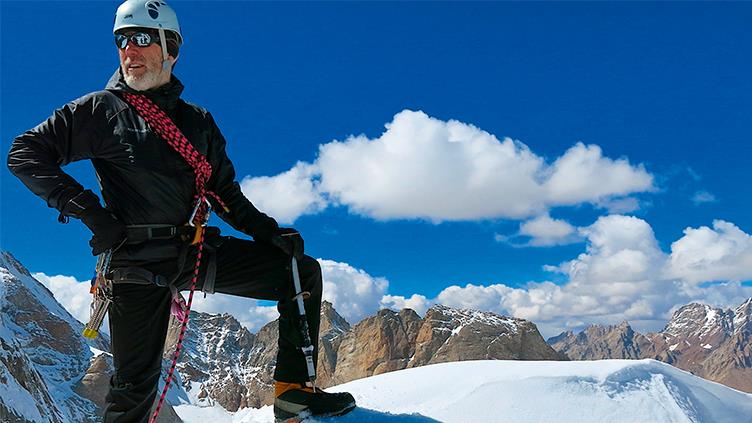 After the course ended, one of the lecturers asked me whether I'd mind covering some classes and taking a group climbing, so I became a part-time lecturer before taking a summer job with an adventure training company, leading treks and tours in the Alps. At the end of the season, the company asked me whether I'd like to go to the Himalaya. I went to Nepal and Tibet and that's when I really got into climbing.

My "day job" has taken me to the Middle East -- working as a mountain safety adviser on seismic projects -- and to Antarctica, where I was employed as a mountaineer and field assistant for the British Antarctic Survey for 21 months. That's where I really got involved in safety and health. 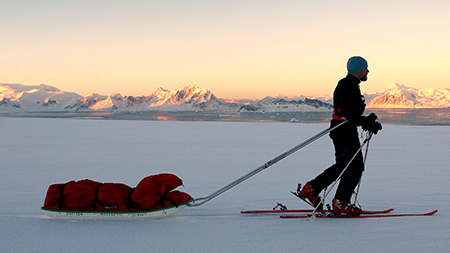 There are many aspects to mountaineering, and people have different ideas about it. People often ask me whether I want to climb Everest, but I have no desire to do that: Everest is an unforgiving place and busy with commercial expeditions. It's far from my ideal of mountaineering. The climbing I do in the Himalaya, which I've done since around 2010, is exploration on behalf of the Alpine Club. A fellow climber and I enlist a team of five or six like-minded people and we plan trips to remote parts of the Indian Himalaya to explore peaks in the range that have never been climbed. That's the beauty of mountaineering for me: first ascent climbing.

We establish a base camp and a route somewhere that no one has set foot before. We have a ground agent who arranges horses for us. There's no support: no guide or a helicopter. It is just us on our own, and that's what gets me fired up. I love the preparation, the arriving, the walking and setting up camp.

The beauty of the climb is that you exist in the remotest of areas, and you carry on your back everything you need to survive for the day. We don't set up fixed ropes: once we leave the highest camp, we rope together and attempt a summit of 6,000-6,500 m. People get hung up on tackling higher peaks, but there are hundreds at 6,000-6,500 m that have never been climbed before. If you reach the summit of an unclimbed peak you get to name it. 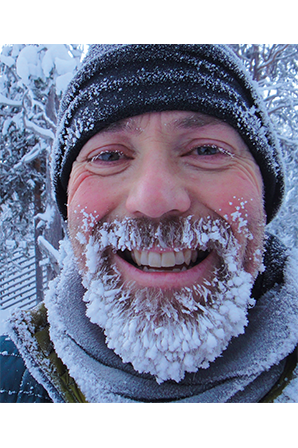 Last year's trip, from which I returned in October, was memorable because we had to abandon the climb. We were on the Mulung Tokpo glacier in Ladakh Zanskar, which is in the Jammu and Kashmir region of northern India. We had 19 days on the mountain and on 14 of those it either rained or snowed; they were the worst conditions I've ever seen. We knew we wouldn't be able to reach the peak we had wanted to climb, so we aimed for our second choice. We were 500 m from the summit when we had to turn around; we were in soft snow up to our waists and it was desperately cold.

We evacuated our highest camp to go down to base. It had snowed for 48 hours non-stop, and on our last night we were up every two hours digging out the tents. We had no choice but to abandon camp. We carried what we could and started our 25 km hike at 10.45 in the morning. As day turned into night, we were very concerned. I was wearing six layers, but was soaked to the skin. We were up to our thighs in snow and we were cold and exhausted. We eventually arrived at the roadhead at 2 am the next day.

We were hypothermic and incredibly lucky to get out. If it had taken two or three hours longer, or been two or three degrees colder, the situation might have been different. A team climbing in another area was killed in the same storm. We asked our ground agent to arrange for Sherpas to collect our equipment, but when they got to base camp they found it had been ravaged by bears.

For anyone interested in taking up climbing, I'd recommend starting with indoor walls. There's no shortage. I climb indoors twice a week. It's a great starting point because you can meet like-minded people and attain skills, such as rope management. You can then progress to outdoor climbing -- in the Peak District or Wales, for example -- and, once you have a good foundation, to the Alps. After that, the next step is the greater ranges of South America, Canada, Alaska and the Himalaya.