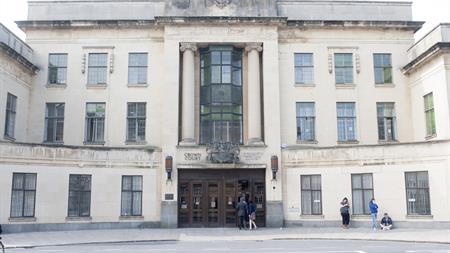 The Health and Safety Executive (HSE) found that there had been several previous injuries to Munster Joinery's site workers as they unloaded and handled glazing units.

Oxford Crown Court heard last week that in October 2013 the worker, Michael Jephcott, was part of a Munster team delivering and installing doors and windows at a large house building site in Cholsey Meadows, Fairmile, Oxfordshire.

According to an Oxford Times report, Jephcott was knocked out when a set of patio doors fell from a lorry and hit him on the back of the head. He was unconscious for several minutes and sustained whiplash. The worker also required physiotherapy for some time afterwards.

The regulator had previously warned Munster Joinery that it needed to implement a safe system of work for transporting, unloading and handling its products. The company's own safety consultant had issued the same warning.

Despite these warnings, Munster Joinery consistently failed to properly investigate the incidents. It also did not ensure that loads were secured safely, failed to clearly identify or mark the weight of the glazing units and did not monitor the availability of handling equipment at delivery sites.

Munster Joinery, which has a UK base at Stratford Road, Wellesbourne, Warwick, pleaded guilty to breaching s 3(1) of the Health and Safety at Work Act 1974. In addition to the fine, the company was ordered to pay £18,424,98 in costs.

Judge Peter Ross commented that "the culture of the business was at the route of the problem" and that "systemic management failings" were the cause of the breaches of the law and resulting injuries.

In the Oxford Times report, Judge Ross said that it was fortunate that Jephcott was wearing a hard hat, because if he had not he would 'undoubtedly' have sustained very serious injury or died. He added that it appeared the company had a culture of not learning lessons from previous incidents.

HSE inspector Dominic Goacher said that there was no excuse for the company's level of negligence when workers were required to handle heavy products regularly.

"The aim should be to move heavy objects mechanically wherever possible and to reduce the risk of injuries by other means where some manual handling is still required," he added. "Too many workers experience long-term suffering because of unsafe manual handling."