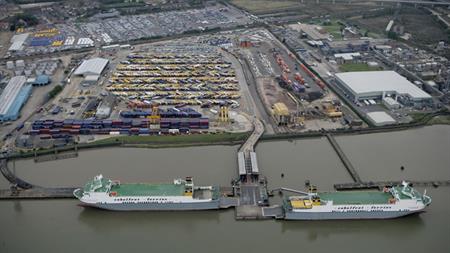 The capstan - a revolving cylinder with a vertical axis - was powered by a motor and used for mooring ships. Its risks had already been brought to the attention of C.RO prior to the incident on 6 June 2014.

The man was working with three others to dock the vessel at Purfleet Terminal in Essex when his fingers got caught between the capstan's rotating drum and a heaving line.

His left arm was dragged in and wound around the rotating drum until a co-worker operated the emergency stop device. He sustained nerve and ligament damage as well as fractures.

The Health and Safety Executive (HSE) said the company's failure to identify and control risk associated with powered capstans resulted in an unsafe system of work. There was also a lack of training and supervision for workers using the capstans.

The £1.8m penalty was imposed at Basildon Crown Court, Essex on 21 January after C.RO pleaded guilty to breaching Section 2(1) of the Health and Safety at Work Act. It was also ordered to pay costs of £14,328.

"This type of incident was totally foreseeable - indeed workers had already alerted their employer to risks arising from these particular capstans," HSE inspector Glyn Davies said after the hearing.

Davies added: "Capstans are difficult to guard so it is vital that all workers must be made to stand well away from the danger zone while they are in use. This can be achieved by measures including careful design of the capstans and surrounding work area, for example, to keep foot-pedals away from rotating components."