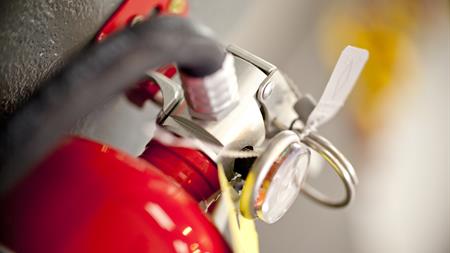 In the notice, the UK's Regulator of Social Housing said that up until 2016 Arun District Council risk assessed its housing stock on a reactive basis only, after issues had been reported.

"This means that Arun District Council cannot provide assurance that all of the relevant properties had a risk assessment in place until very recently," it said.

The social housing regulator added that, though the council has since risk assessed its entire property portfolio, it has not yet completed the actions highlighted in the assessments.

Arun has also been criticised over water safety.

Under the Control of Substances Hazardous to Health (COSHH) Regulations 2002, the council has a statutory duty to identify and assess the risks of legionella exposure and to implement measures to control them.

However, as with fire safety, the Regulator of Social Housing said that until recently the council had only carried out risk assessments in response to concerns raised.

Due to the seriousness of these issues and the lack of urgency to address them, the regulator concluded that Arun had breached part 1.2 of the Home Standard "and caused the potential for serious detriment to [its] tenants".

The regulator said it will now "work with Arun as it seeks to remedy this breach" while it considers whether to take any enforcement action.

In May the results of an external review commissioned by the council reported that there were "significant weaknesses" in its safety and health management system.

"Although there is now a programme of works in place to resolve the issues relating to fire and water safety, the regulator also noted that Arun District Council had not previously addressed these issues at a speed which would reflect the level of risk to its tenants. Taking into account the seriousness of the issues and the durations involved, the regulator has determined that it is proportionate to find a breach of the Home Standard in this case," the regulatory notice says.

It continues: "Both fire safety and water safety are self-evidently important because of the potential for serious harm to tenants. In this case the regulator has concluded that the risk of serious harm is demonstrated because of the large number of tenants potentially exposed to an unknown risk of danger over a long period of time. Therefore, the risk of serious detriment existed."

"The safety of residents living in our homes is of the utmost importance to the council and we are fully committed to ensuring that our homes meet statutory requirements in all aspects of health and safety.

"As soon as the council became aware of the historic issues in relation to fire risk and legionella we have been working to address these as a matter of urgency. We are now in possession of a full and detailed suite of fire risk assessments and a programme of works formulated to ensure that the actions identified in respect of both fire risk and legionella are undertaken as our priority. We have purchased a new IT system to help us manage the ongoing work and an improvement plan is in place and progress is being made.

"Arun District Council recognises the seriousness of the situation and can assure residents that we are continuing to work with the regulator to provide documentary evidence that the breach is being rectified and that our ongoing commitment to the safety of residents is paramount.