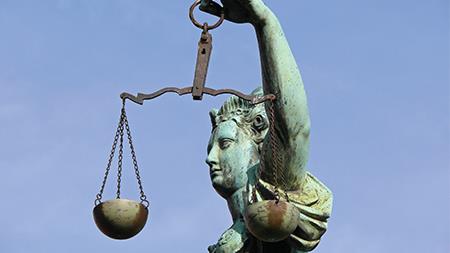 Figures obtained by law firm Clyde & Co under the Freedom of Information Act show that the HSE prosecuted 46 company directors and senior managers in the 12 months to 31 March 2016, compared with 15 in the previous 12 months. In contrast, the number of employees prosecuted by the HSE dropped from ten last year to one in 2015-16.

Thirty-four of the 46 people prosecuted were found guilty and this resulted in 12 prison sentences -- the longest of which was two years.

Chris Morrison, partner and UK head of safety, health and environment at Clyde & Co, said: "The data confirms what we've been seeing in practice with the HSE displaying an increased zeal to prosecute the most senior individuals within a business yet virtually ignoring employees who are frequently more culpable. By making senior management responsible for the health and safety failings of their business and their staff, the increased enforcement is a serious boardroom issue.

"While the majority of director prosecutions relate to SME [small- and medium-sized enterprises] businesses due to there typically being some form of proximity or nexus with the director, the new game-changing sentencing guideline for health and safety breaches with turnover-related fines has created a new set of worries for directors of all sized businesses."

Clyde & Co found that in the first six months since the new sentencing guidelines for safety and health offences were introduced on 1 February, the total value of fines imposed following HSE prosecutions increased by 43%.

£20.6m worth of fines were handed out between February and August 2016, compared with £14.4m in February to August 2015. The true figure is likely to be much higher, however, because prosecutions by local authority health and safety enforcement officers were excluded from this sum.

There have been several very high fines over the last couple of months. Network Rail was fined £4m after a pensioner was killed at a level crossing in Suffolk; production company Foodles Production received a £1.6m fine for safety breaches that led to Harrison Ford being crushed by a hydraulic door; and Alton Towers amusement park operator Merlin Entertainments must pay £5m for the Smiler rollercoaster crash that injured 16 people.

Morrison said: "After decades of relatively stable and predictable fines, the tide is now rising rapidly as the new guideline is applied by the criminal courts. The worrying thing for company directors is that fines are now hitting the £1m mark for non-fatal offences and even those where nobody had been injured meaning that any breach of the Health and Safety at Work Act is now potentially a serious threat to a company's bottom line."

Analysis of the sentencing trends by Clyde & Co suggested that medium-sized organisations, with a turnover between £10m and £50m, have been hit the hardest, with fines removing a higher proportion of their turnover than any other business group, the firm said.

"Whilst health and safety has for many years featured prominently on many board meeting agendas, time spent on the point has not necessarily been significant," Morrison added. "However, with the risk of turnover-related health and safety fines now being so large, they are now material from an accounting and governance perspective which demands that all directors -- executive and non-executive alike -- sit up and take note.

"The new sentencing guideline means the commission and conviction of a health and safety offence has now become a potentially business critical issue, which senior management can no longer disregard as immaterial."