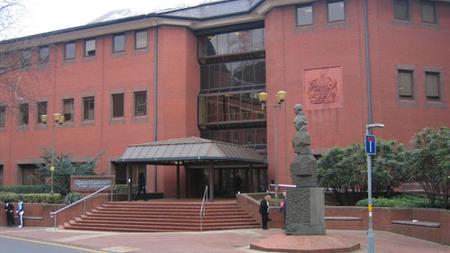 Safi Qais Khan died at Master Construction Products Skips' (MCPS) site in Birmingham after he became entangled in a poorly maintained trommel, also known as a sorting screen, in which waste is filtered as it descends a perforated drum.

The machine was missing essential guards to prevent entrapment, it had no emergency stop button and was located on uneven ground that was strewn with waste, said the Crown Prosecution Service (CPS). MCPS did not have a safe system of work for the trommel.

The company pleaded guilty to corporate manslaughter and breaching s 2(1) of the Health and Safety at Work (HSW) Act.

Jagbir Singh, director of MCPS, admitted consenting to, or conniving at, the company's breach of the HSW Act and said he was aware of the way in which the company operated the machine.

MCPS was fined £255,000 at Birmingham Crown Court on 31 October. Singh was sentenced to 12 months' imprisonment suspended for two years and was disqualified from being the director of a company for eight years. He had to pay £11,500 in prosecution costs.

Michael Gregory from the CPS said: "MCPS let the trommel and the area around it fall into a dilapidated and dangerous state. Little thought was given by the company to the safety on its employees when working at the machine."