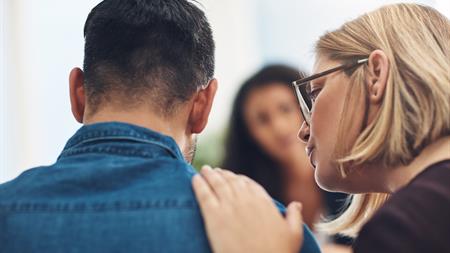 Researchers examined survey responses of more than 16,000 employees and managers in 15 countries, including Brazil, Canada, China, Japan, Mexico, South Africa, South Korea and the US as well as seven in Europe, including Great Britain.

They looked at the relationship between the way managers tackle depression and workplace productivity. Findings showed that on average, people who lived in countries where managers avoided talking to them about their depression took an additional 4.1 days off work.

On the other hand, countries with a greater prevalence of bosses who actively offered to help employees who were depressed were associated with lower absence levels.

Absenteeism was assessed using the question: "The last time you experienced depression, how many working days did you have to take off work because of your depression?"

"It may be that a supportive manager is most important in helping employees to remain motivated and feel valued while performing their duties in the workplace," the researchers said.

"Working in a setting where managers actively avoid employees with depression on the other hand may encourage avoidant behaviour among those employees, resulting in a tendency to take more days off work."

The study, "Is Manager Support Related to Workplace Productivity for People with Depression?", published in the BMJ, noted that managers in Asian countries tended to avoid talking about mental health.

At 67%, Mexico had the highest proportion of supportive managers, followed by South Africa (56.3%) and Spain (56%). Only 16% of those questioned in Japan said their managers had been actively supportive. In Great Britain the equivalent proportion was 52.5%.