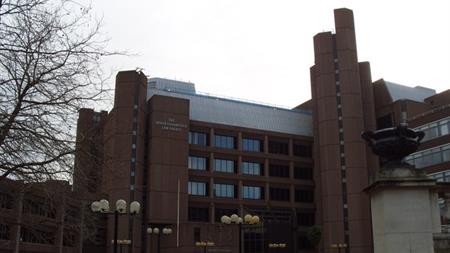 Employee David Whitfield, 63, was assisting Evans with the job. He walked underneath a suspended girder to position some wooden blocks well it fell on him.

Whitfield's left arm had to be amputated below the elbow, along with his right hand. He spent two and a half months in hospital and will require care for the rest of his life.

After its investigation, the Health and Safety Executive (HSE) said Evans was personally responsible for the wrong equipment used during the task, and the way in which it had been carried out.

S. Evans and Sons, which has worked on high profile projects such as the Mersey Gateway, pleaded guilty to breaching s 2(1) of the Health and Safety at Work Act and reg 4(3) of the Provision and Use of Work Equipment Regulations. It must pay £9,523 costs.

Samuel Evans pleaded guilty to breaching two counts of s 37 of the Health and Safety at Work Act. He was sentenced to a ten-month prison sentence, suspended for two years, and ordered to complete 200 hours of unpaid work.

HSE inspector Rohan Lye said: "If the company and its director had taken basic steps to decide how to do this routine task, and what control measures to use, they could have prevented this devastating incident resulting in an employee suffering life-changing injuries."