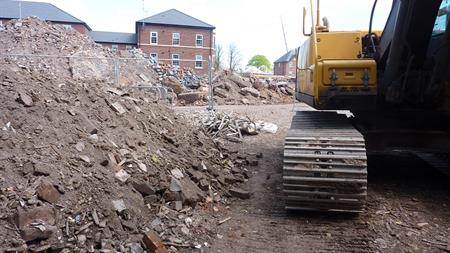 The 39-year-old worker for Sterry Lane, trading as LPD Demolition, was part of a group working on a site in Staffordshire.

The men were removing debris near an excavator when it reversed. It ran over the employee and left him with punctured lungs, liver injuries and multiple fractures to his legs and pelvis.

He has not been able to return to work since the accident in May 2016.

A Health and Safety Executive (HSE) investigation found the company had failed to properly plan the demolition work and had not segregated pedestrian workers and vehicles on the site.

Sterry Lane admitted breaching reg 15(2) of the Construction (Design and Management) Regulations 2015, which states that construction work must be carried out without risks to safety so far as is reasonably practicable.