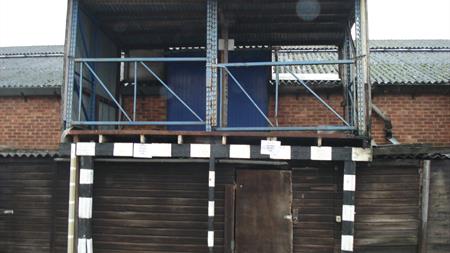 Nick Phillips, senior environmental health officer at Chiltern District Council, which brought the prosecution, told IOSH Magazine that the victim had worked for the company for around six months but had been moved to the goods- in department just one week before the accident.

As he reached up, he slipped and fell off the edge of the platform. He was airlifted to John Radcliffe Hospital with severe head and leg injuries, but died two weeks later.

The local authority launched an investigation and found there were two inward-opening spring-loaded gates on the platform but they were badly worn. The platform was taken out of service and an improvement notice was issued to Decco.

Phillips said: "The platform didn't have suitable guarding to prevent people who were working up there falling off. The gates were just left open and provided no protection.

"The company's risk assessment was insufficient. It hadn't looked at how [staff] were working up on that platform and didn't realise that people had to take items off the top of the pallets; it assumed the pallets were pulled straight through into the warehouse."

The company was fined at Aylesbury Crown Court on 9 September after it admitted breaching ss 2(1) and 3(1) of the Health and Safety at Work Act at a hearing at High Wycombe Magistrates' Crown Court in March.

According to Bucks Free Press, Judge Francis Sheridan said in court: "The whole of the edge was unguarded which was simply disgraceful. This was an obvious danger [-¦] one just needs a modicum of common sense to realise this system was wholly inadequate and a disaster waiting to happen. Those responsible for this company should hang their heads in shame at the failings that led to a man's death."

The judge decided the company's culpability was high and said the offence was harm category one. Decco was classified as a large organisation; its turnover last year was £100m. He took into account this was Decco's first safety offence but also that the breach had been going on for many years.

The starting point of the fine was £3.3m, reduced by a third for the company's early guilty plea. It must also pay around £21,000 in costs.