Death on the job 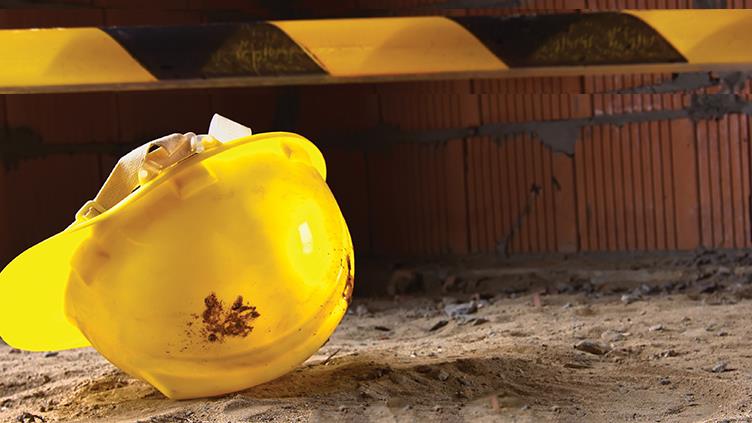 A death in the workplace is the one outcome safety practitioners strive to avoid above all others. But no matter how stringent the safeguards, workplace fatalities will inevitably occur. What management does next is crucial.

The statistics make for a sobering read. After a 30-year decline in workplace fatalities, the rate has barely moved since 2010.

Despite the UK being a world leader in safety and health practice and enforcement, 141 people a year (or around three people a week) on average have died in workplaces over the past eight years, according to the Health and Safety Executive (HSE).

Every one of these is a personal tragedy. But each is also likely to have posed a significant legal, reputational and practical challenge for the management of the workplace in which it occurred.

Handled properly, however, the risks posed by an unexpected death can be substantially mitigated. Handled badly, the impact on an organisation can be disastrous.

Every workplace fatality is different. But, from management's perspective, the period immediately after a death's discovery is (or at least should be) more or less the same.

At the outset, a well-prepared safety management team will engage a short and simple plan it has developed for just such a crisis.

The main purpose should be to allocate who will tackle the key post-incident tasks. The main roles will be an incident controller, a site controller and someone to whom employees can report their concerns. The plan will also determine who should communicate news of the incident to staff and also externally.

It is crucial that the management team, from the moment it finds out about a fatality, has an eye on the long-term legal consequences of its actions.

The first is the prospect of criminal prosecution with severe sanction on conviction (the sentencing tariffs for gross negligence manslaughter recently raised the likely prison sentence).

The second is the inquest. Most, if not all, workplace fatalities will result in an inquest before a coroner. These public hearings can have serious negative impacts even for blameless organisations. They can also influence other legal proceedings.

Finally, there is the prospect of an organisation facing claims for damages in the civil courts.

There are reputational factors to consider too. Even an organisation that has not erred legally can be found guilty in the court of public opinion.

The authorities are likely to become involved quickly after a death, usually in the form of paramedics and police officers. Management teams should do everything they can to ensure the authorities can fulfil their immediate obligations both to the deceased and to others if there is an enduring risk.

Management should also be aware that these initial responders are likely to ask questions that may, if poorly handled, create problems later.

The authorities' initial questions are likely to seem innocuous (they may be simply "what happened?"). But staff may be upset and in shock when they are being questioned. In these circumstances, it is not unusual for people to make mistakes or to give accounts that later differ from what they subsequently remember. Even seemingly simple questions can be difficult to answer with consistent accuracy over time.

Although management should not impede the authorities' proper actions at this early stage, there may be a case to intervene to ensure that:

Soon after the death, investigators from the HSE and perhaps the police are likely to visit the workplace. They will analyse the scene in detail, examining equipment and taking plans, photographs and measurements. Management should accommodate their proper requests for assistance.

The investigating authorities will also identify people within the organisation whom they want to interview. These interviews, and the way in which management arranges them, can prove highly significant to an investigation's outcome. 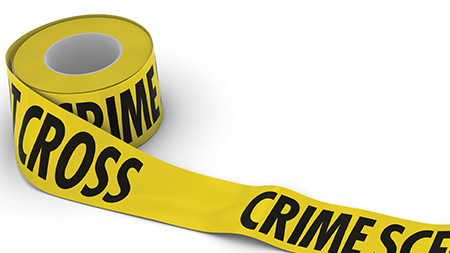 It is vital, in the first instance, for management to be aware that the HSE and the police will want to interview an individual as either a witness or a suspect.

Anyone interviewed as a suspect is likely to need their own legal representation. Although it may be tempting for an organisation to allow an individual to use its legal team, this would be a mistake. Primarily, this is because the interests of the organisation and those of the individual could diverge.

But no employee should be left alone to obtain legal advice. It is better for the employer to help to find a specialist lawyer because this could prevent the employee feeling alienated and abandoned -- something that could otherwise cause problems later.

If the organisation itself is under suspicion, the authorities will probably want to interview individuals who can speak on its behalf. Although it might be assumed the most senior executive would be best, this may not be the case.

It is important for management to think carefully before proposing who can speak on behalf of the organisation. Whoever it is should not be a suspect or a witness and should be somebody who can articulate the employer's position.

Most organisations will want to quickly establish for themselves how a fatality happened. Although this instinct is natural and correct, care should be taken to avoid clashing with any authority's investigation.

If an external investigation is under way management should consider informing these authorities before seeking to question their own staff. Doing so will help to avoid any future allegation that an internal inquiry formed part of a cover-up.

Management should give careful thought to what it wants the review to establish and the means by which it should arrive at this truth.

It is important to ensure that an internal review focuses only on pertinent issues. Terms of reference that are too wide risk drawing in irrelevant factors that may prove embarrassing or a legal liability. Equally, poorly drafted notes and statements can incriminate witnesses, managers and employees without anyone realising or intending it.

Although an organisation's HR department may be used to conduct sensitive enquiries, in the case of fatalities it may be better to subcontract an internal investigation to independent, external professionals. These could be technical experts, private investigators or lawyers. Lawyers have the advantage of legal privilege (see box above), which is the ability and duty to maintain the confidentiality of documents and reports that may be sensitive.

Management should also be aware of the various potential criminal charges. They include corporate manslaughter for the organisation, gross negligence manslaughter for individuals, and health and safety offences for both the entity and its people.

For all of these matters the punishments can be severe. Tougher sentencing guidelines introduced in recent years have increased penalties significantly.

Safety and health professionals are not immune from prosecution. They need to work within their competence, make clients or employers aware of their limits and not take on work beyond that. Keeping clear records about the tasks requested and provided, and the information on which this advice has been based, is an important safeguard against conviction.

Most fatal workplace accidents will lead to an inquest before a coroner. Although an inquest's stated aim is to establish how the deceased died rather than attribute blame, this is not necessarily all that happens in practice.

Not only can the evidence be highly damaging (even if untrue), it can also trigger criminal proceedings.

At the end of the inquest a coroner may write a highly critical report on what happened. Even when there has been a decision not to prosecute, the verdict may lead to a review of this.

Further, if there is a negative finding at the end of an inquest, the family of the deceased can also exercise a "victim's right of review". This may trigger a further consideration of any earlier decision not to prosecute.

The bereaved family may claim, for example, that the organisation breached its duties to the deceased.

The cost to an organisation of a successful civil claim can vary. Although successful claims relating to a death caused by a wrongful act or neglect are unlikely to result in very high damages payments, the biggest financial threat lies in the legal fees.

If a claimant is successful, the organisation may have to pay their legal costs, which can be considerable and sometimes exceed the value of the claim itself.

Any death in the workplace is a personal tragedy. But it can also pose legal and reputational risk that may, if mishandled, prove overwhelming.

Safety professionals and their management teams should be aware of what will happen in the aftermath of a fatality and have plans in place to mitigate its legal impact.