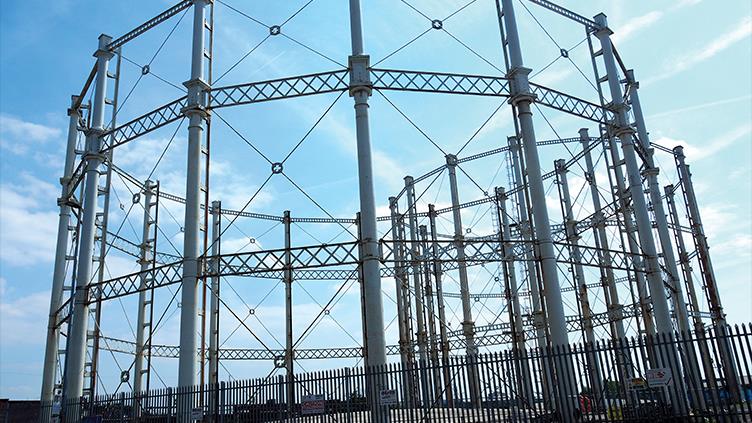 Now that we don't manufacture gas in the UK, gas holders are obsolete, so I thought it would be interesting to try to record them as industrial artefacts. Not long after photographing the one in Great Yarmouth, my wife and I came across another one in Gosport, near where we live in Portsmouth. Then we started to look for them actively.

They're the kind of things you pass by and don't give any thought to but, apart from being industrially interesting, some are very sculptural in appearance. Their ages vary, they date from the mid-1800s to the 1930s, but many are disappearing because they are no longer in use.

That's the appeal of taking photos: to have a record of them. Six of the gas holders I've photographed have since been dismantled. Although it's an expensive job to take them down, the land on which they stand is often very valuable. Sometimes you see planning notices on holders, warning that they will be demolished. Occasionally they're repurposed though: there are examples of gas holders with tall metal frames having luxury flats built inside them. 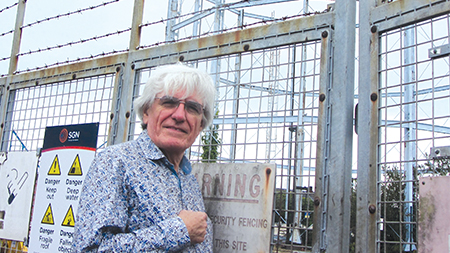 Sometimes we make special journeys to find them. People might tell us where they've seen one, or we look on Google Earth for an idea of where they are and then go on a hunt. If we're going on holiday, we'll have a look around and pick some. We found six when we were on holiday in the Lake District this year.

We've been to some interesting places in the north of England and visited cities we hadn't been to before. Lots of gas holders are in areas that in some ways look like they haven't changed much since the late 19th or early 20th century. The northern industrial scenery is a bit like being in a Lowry painting.

What I enjoy most is hunting for them, and researching the history -- not just of the holders and their locations but also of the associated equipment. It fits in with my interest in the history of occupational hygiene. Gas holders were dangerous places: you had toxic gases and chemicals on site, such as mercury and organic solvents. Many were attached to gas works, so you had the by-products from the production of gas when they roasted carbon -- ammonia, for example. And this was all before health and safety and environmental regulations. The sites are heavily polluted. 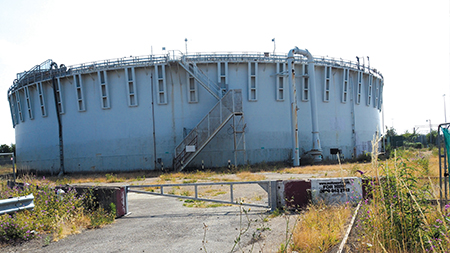 My favourite photographs are of the Oxted gas holder in Surrey and one in the middle of a housing estate in Branksome, near Poole in Dorset. I've photographed around 45 holders, and I have 2,500 photos. It's getting more difficult now because we've seen all the local ones across the South: the furthest west was in Plymouth, and the furthest east in Southend. So now when we go somewhere new, we check whether there's one nearby. We visited the ones in Salford, Greater Manchester recently; they are going to be demolished, but there's a famous wall around the site that features in the lyrics of a song by Ewan MacColl and that is going to be retained.

Apparently there used to be two gas holders in Portsmouth, but I don't remember either. As time goes on, we'll see fewer and fewer: apart from the value of the land, it's a real job to maintain them and stop them corroding, so they are a drain on budgets. There are one or two that are listed -- for example, the holder at Grangetown works in Cardiff is Grade II listed -- but, apart from these exceptions, they will all come down eventually.