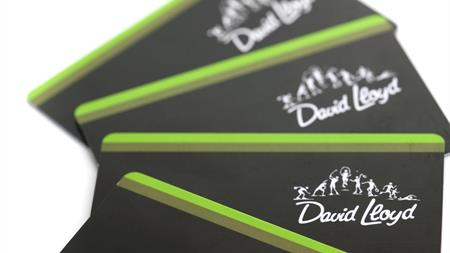 David Lloyd notified Hounslow Council's health and safety officers of the incident, who found a series of failures during their investigation.

Isleworth Crown Court was told that five-year-old Blakeney Dear, who could not swim, was taking part in a swimming activity at the club during half term, on 19 and 20 February 2013.

On the first day, staff failed to act when they realised Dear was unable to swim and was not wearing any armbands in the pool. They did not pass on this information to the club's children's activities co-ordinator and, as a result, those working on the second day were unaware of his lack of swimming ability before the session started.

Dear was allowed to stay in the pool again, even after having told a member of staff that he could not swim. She instructed him to ask for a water noodle (a flotation aid) if he needed one, but she failed to supervise him for most of the time he was in the pool.

Dear initially had a water noodle and was holding on to the poolside wall. But when he drifted away from the pool's edge he became unable to stay above the water's surface and started to struggle. His standing height was below the depth of the pool's water level, which was 1.2 m deep.

He was found face down in the water by another child around five minutes later, who had been asked by the club's lifeguard to go over and tell Dear to stop "bobbing" up and down.

Dear was pulled from the water and given cardiopulmonary resuscitation (CPR) by a David Lloyd lifeguard. Paramedics also gave him CPR when they arrived at the scene. He was kept in hospital under observation for two nights and sustained no lasting injuries.

David Lloyd pleaded guilty to breaching s 3(1) of the Health and Safety at Work Act for failing to have taken all reasonably practicable measures for Dear's safety while he was engaged in swimming sessions. The company was fined £330,000 -- the largest fine to have been awarded in any investigation brought by Hounslow Council -- and ordered to pay £22,132 in court costs.

Councillor Sue Sampson, cabinet member for community prosecution at Hounslow Council, said: "The council's thorough investigation has shown that the activity was meant to be run in a structured way, but instead the children were allowed into the pool for 'free play' sessions.

"The situation could have been avoided if the club had ensured that staff given the role of running and supervising the swimming activity, and parents enrolling their children to take part, were made aware that children should either be competent swimmers or needed to wear armbands at all time."

A spokesman for David Lloyd said: "Following our investigation, we have extensively reviewed our safety policies to ensure the wellbeing of children in our clubs continues to be safeguarded at all times. Those policies are embedded into the training that all team members working with children undergo, and we take firm and immediate action if any of the processes are not adhered to.

"We can confirm that the team members supervising the session are no longer with the business."