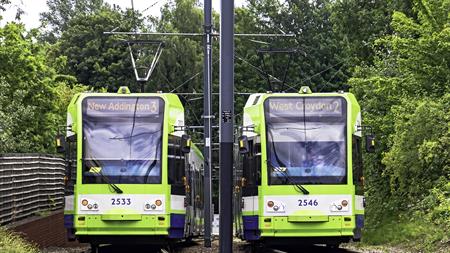 The RAIB has announced that it intends to make the recommendation in its final report on the incident, published later this year.

The accident investigator's interim report into the crash found that the tram was travelling at 74kph as it entered a sharp bend near Sandilands Junction in Croydon. The stretch of track had a 21kph speed restriction. Seven people were killed and 51 injured when the tram derailed on 9 November 2016.

The RAIB's final report is also expected to include measures that all tram operators can take to ensure passenger safety is not compromised.

The accident investigation board is also believed to be planning research into alertness and how operators can better monitor drivers for fatigue. The recommendation comes after several drivers on the Croydon Tramlink were caught asleep at the controls.

London's transport commissioner Mike Brown told the BBC that extra safety measures had been brought in on the network since the accident, including more speed restrictions, new signage for drivers and an upgraded CCTV system.

He added that an in-cab vigilance system was being trialled and would be fitted to all Tramlink trams by the autumn to alert drivers if distraction or fatigue is detected.