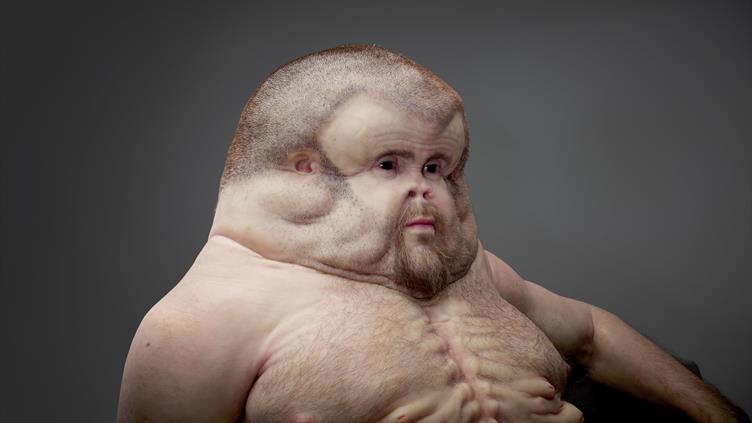 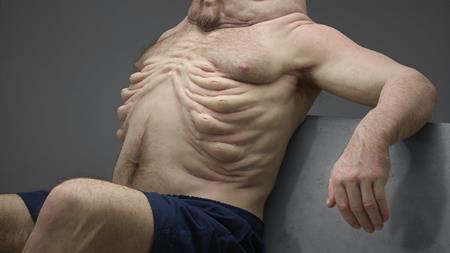 The Transport Accident Commission (TAC), a Victorian government-owned organisation that promotes road safety and supports people who have been injured in transport accidents, has created an interactive, lifelike sculpture, known as Graham, to demonstrate human vulnerability.

Graham features physical characteristics that humans might possess had they evolved to withstand the forces involved in transport crashes. He has stronger ribs, to give better protection in a crash, and airbag-like sacks between his ribs to protect the heart and other vital organs. His hoof-like legs with added joints would allow him to spring out of the way of a car quickly, while his ears are protected by his enlarged skull and neck structure.

Studies have shown that the body can only cope with impacts at speeds equivalent to a human running.

Joe Calafiore, chief executive at the TAC, said: "People can survive running at full pace into a wall but when you're talking about collisions involving vehicles, the speeds are faster, the forces are greater and the chances of survival are much slimmer.

"Cars have evolved a lot faster than humans and Graham helps us understand why we need to improve every aspect of our roads system to protect ourselves from our own mistakes. We have to accept people will always make mistakes, but modern vehicle safety technology and safe road design can drastically reduce the forces involved when a crash happens, making them more survivable."

The sculpture will be on show at the State Library of Victoria until 8 August, before going on a roadshow. It is part of the state's Toward Zero initiative to stop deaths and serious injuries on its roads.

"We recognise this campaign is very different to what people have come to expect in road safety education but we need to do things differently if we are to realise our vision of a future where no person is killed or badly hurt on our roads," Calafiore added. "By making people confront the reality of their own vulnerability, Graham helps us consider our own roles in road safety and how our own choices can protect us in the event of a mistake."