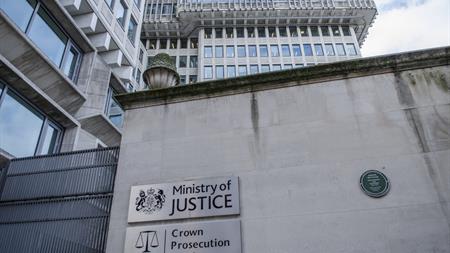 The CPS Managing Work-Related Stress Policy is believed to be the first of its kind to be implemented in any UK government department or agency.
The best practice policy provides tools for staff members and managers to recognise the signs and causes of stress so "individuals who experience stress are supported and managed effectively and sensitively".
It focuses on both at-risk workers and the problems that could result from particular projects.
Specific tools include a questionnaire for workers to fill in about themselves, and another form designed specifically for mangers to complete about their staff members, Civil Service World reports.
There is also a stress identification and referral flowchart for managers, as well as advice on how to identify signs of stress in yourself or others.
The policy was designed by the FDA trade union, with support from the Public and Commercial Services (PCS) union reps and launched last month.
Helen Wheatley, the FDA's health and safety representative at the CPS, began working on the toolkit after data provided to her by the government agency revealed that stress and mental health issues were the single highest reason for both short- and long-term absence.
Wheatley said that, after becoming concerned about those directly affected and the remaining staff who "inevitably have to assume tasks their absent colleagues would have done had they been fit enough to work", she began researching policies used by National Health Service (NHS) trusts.
She said: "I am very proud to have been the FDA lead on this together with David [Chrimes, FDA CPS convenor], who realised some time ago that the CPS needed such a policy and who has provided support and advice throughout the negotiation process with CPS."
FDA national officer Steven Littlewood described the policy as one that "looks at stress as an issue that affects the individuals and the collective".
He said he is keen to see it implemented across governmental departments and bodies: "Stress is not just isolated to CPS -- it is endemic throughout public service. What Helen has created is a blueprint. Her policy can be replicated, and we would like to see more employers use her work to help their staff."
In a 2017 parliamentary debate on funding of the CPS, tabled by Karl Turner MP, he said: "Stress at the CPS must be off the scale, particularly considering a recent Law Society survey in which 95% of respondents said that they were stressed at work."
Topics
Stress
Sector: Central government
News