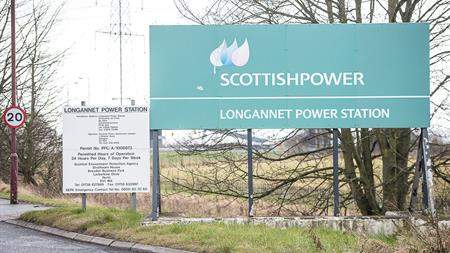 On 31 May this year, Dunfermline Sheriff Court was told that SPG had been aware of the defective valve, but failed to repair the fault or replace the equipment. The company pleaded guilty to breaching s 2(1) of the Health and Safety at Work Act and was fined £1.75m, reduced from £2.5m for the early guilty plea.

As IOSH Magazine previously reported, SPG lodged an appeal against the financial penalty in July. The court has allowed the appeal and will reduce the fine by £550,000.

The new sentencing guidelines, which were published in November 2015 and introduced on 1 February this year for health and safety breaches, do not apply in Scotland and the appeal raised the issue of the extent to which the Scottish courts should have regard to them.

Sheriff Charles MacNair did use the 2015 guidelines as a reference when sentencing SPG. He determined that the company's culpability was "high", harm category 2 (seriousness of harm risked was level B, "high" likelihood) and that the size of the organisation fell within the "very large" category as its turnover exceeded £50m. The starting point for the fine was therefore £1.1m, with a range between £550,000 and £2.9m.

SPG raised four grounds of appeal. One was that the sheriff should not have regarded the 2015 guidelines, "which vastly increased the level of fines" and instead ought to have referred to the previous guidelines issued by the Sentencing Guidelines Council for sentencing organisations on or after 15 February 2010.

Another ground of SPG's appeal was that Sheriff MacNair had, in any case, misapplied the new guidelines and miscategorised the offence. It claimed he should have regarded culpability as "medium" because "systems had been in place but had not been sufficiently adhered to or implemented", and the likelihood of harm "low".

The appellants said the £2.5m starting point for the fine was "excessive" and failed to take into account mitigating factors.

In delivering the opinion of the court, Lord Carloway, lord justice general, said: "The focus in the appeal was primarily the applicability of the 2015 guidelines from the Sentencing Council of England and Wales."

The court decided it was "appropriate" for Sheriff MacNair to have regard to the 2015 sentencing guidelines as a cross check "because it would be bordering on the ridiculous to apply a guideline which was out of date" and the "startling submission that the use of guidelines of the type under consideration here is productive of inconsistency and inefficiency is simply not accepted". However, "exactly how [the sheriff did have regard to the latest sentencing guidelines] is not entirely clear".

Lord Carloway said: "If the guideline were used as a method of calculating the appropriate fine, the court would have reached the same figures as the sheriff by applying the 'high' culpability factor and the harm category 2. The contentions to the contrary by the appellants are rejected. This produces a starting point of £1.1m and a range of £550,000 to £2.9m.

"However, the court would then have to have regard to the low number of employees exposed. This would not have decreased the starting point figure. The fact that the offence was a significant cause of actual harm could have increased it and may even have moved the category to level 1, thus producing a starting point of £2.4m and a range commencing at £1.5m. However, the mitigatory factors would have kept the figure to the lowest level of that range.

"In short, using the 2015 guideline as a cross check to the figure of £1.5m, the sum selected as a 'starting point' in conventional Scottish sentencing parlance, prior to a discount for the early plea, seems reasonable."

"The appeal is accordingly allowed. The court will quash the figure of £1.75m and substitute one of £1.2m", Lord Carloway said.