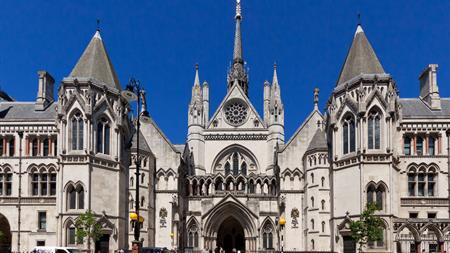 In July 2017, Southwark Crown Court fined the company £370,000 after it pleaded guilty to breaching s 3(1) of the Health and Safety at Work Act for failures relating to an asbestos survey during the refurbishment of a primary school.

NPS London managed the project on behalf of the London Borough of Waltham Forest. IOSH Magazinereported last week that Squibb Group, the company engaged to carry out the demolition work, had its fine reduced from £400,000 to £190,000.

Applying the sentencing guidelines for health and safety offences, Judge Martin Beddoe first assessed culpability as high and said the risk of harm created by the offence fell into harm category 2. Under step two of the guidelines, NPS London is classed as a small organisation based on its annual turnover of £5-6m. This would have given a £100,000 starting point for the fine, with a category range of £50,000 to £450,000.

The judge, however, determined that it was a large organisation because, "exceptionally, it may be demonstrated to the court that the resources of a linked organisation are available and can properly be taken into account".

NPS London is owned 80/20 by NPS Property Consultants and the London Borough of Waltham Forest respectively and at the time of sentencing accounts showed that the annual turnover of this joint venture parent company -- the "linked organisation" -- was £125m. For a large organisation such as this, the starting point is £1.1m and a range of £550,000 to £2.9m.

The judge arrived at the final figure of £370,000 after he took account of relevant mitigating factors and awarded a discount for the early guilty plea.

NPS London appealed the fine on the basis that it should not have been classed as a large organisation.

The appeal court judges agreed and concluded: "We think it clear that the judge was wrong to read the guideline as entitling him to treat NPS London as, or as if it were, a large organisation for the purpose of the sentencing. It is the offending organisation's turnover, not that of any linked organisation, which, at step two of the guideline, is to be used to identify the relevant table. This reflects the basic principle of company law that a corporation is to be treated as a separate legal person with separate assets from its shareholders(s)."

They added: "The mere fact that the offender is a wholly owned subsidiary of a larger corporation or that a parent company or other 'linked' organisation is in practice likely to make funds available to enable the offender the pay a fine is not a reason to depart from established principles of company law or to treat the turnover of the linked organisation as if it were the offending organisation's turnover at step two of the sentencing guideline."