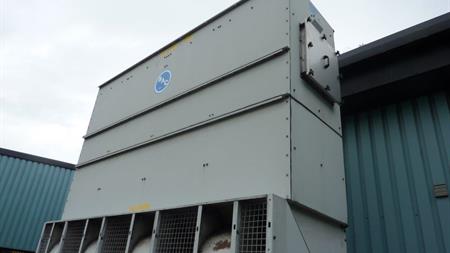 A recirculating water system became infected with legionella bacteria at the company's factory in Boldon, Tyne and Wear. Between October 2014 and June 2015 four of Faltec's workers and a local resident contracted the disease.

The sentencing judge determined that "dead legs" in the system, where stagnant water creates conditions in which legionella can grow, and an ineffective biocide treatment regime contributed to the overall risk.

Faltec pleaded guilty to breaching ss 2(1) and 3(1) of the Health and Safety at Work Act over the legionella outbreak and was handed an £800,000 fine at Newcastle Crown Court last May.

It was fined a further £800,000 for the explosion, which happened on 16 October 2015 inside a machine that deposits flock (small fibre particles) on to rubber car window seals. The incident left a 19-year-old operator with first degree burns to his face and arm.

In the legionella case, the judge concluded that Faltec's culpability was at the top end of medium and there was a high likelihood of death arising (level A).

However, Faltec appealed against the fine on the basis that the likelihood of harm arising was low.

Lord Justice Gros pointed to evidence that suggested up to four in 10,000 people exposed to legionella in the present case would be expected to die.

"Against this background, we are satisfied that the correct categorisation for the likelihood of level A harm arising from these outbreaks of legionella in a densely populated urban area is 'medium'," he said.

"We reject the Faltec submission of 'low' likelihood and, equally, we are unable to agree with the judge's categorisation of 'high' likelihood."