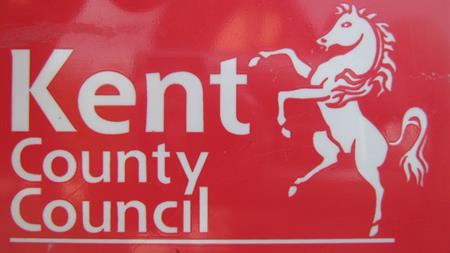 Kent County Council was fined £200,000 for the oversight because, as the employer under the Health and Safety at Work Act, it had failed to ensure employees liable to be exposed to asbestos had been trained adequately. The school, Lansdowne primary, was not prosecuted because it had transferred to the Stour Academy Trust and was no longer run by the council at the time of the Health and Safety Executive's (HSE) initial visit.

On 6 November 2014, environmental health officers from the council were carrying out a routine food inspection of the school's kitchen when they found asbestos rope hanging from the ceiling.

An investigation by the HSE found that the school's caretaker, on the apparent instructions of the then headteacher, had disturbed an asbestos flue pipe and an asbestos rope gasket while removing an air steriliser in May 2013 to make way for a freezer.

The HSE served a prohibition notice, closing the kitchen. The notice said: "You have failed to prevent the exposure of employees to asbestos so far as reasonably practicable, in particular the partial steriliser flue and sealant in the school kitchen."

Licensed contractors removed the remaining asbestos containing materials and a deep clean was carried out before the kitchen reopened.

Canterbury Crown Court was told that an asbestos survey by PA Group (UK) in July 2013 ahead of planned building works graded the exposed flue as a medium risk. The report stated: "Item not due to be disturbed by proposed works but requires safe removal due to potential damage exposure."

HSE inspector Kevin Golding told IOSH Magazine there was no evidence that this was ever brought to Kent's attention.

He said neither the caretaker nor the headteacher had any asbestos management or awareness training. Though the council did have policies on providing asbestos training, it had failed to check and monitor that they were being properly followed.

In March 2010 an HSE asbestos management inspection programme found that headteachers were not ensuring that caretakers attended asbestos awareness training and that reporting to the council was inconsistent.

On the HSE's advice, Kent made training mandatory for all relevant school staff. "Unfortunately, what they didn't do was follow that up with a robust system for checking that the training was continuing to be provided," Golding said. "[The council] now has a system which checks that caretakers have asbestos awareness training and it's an explicit requirement."

Kent pleaded guilty to breaching reg 10(1) of the Control of Asbestos Regulations.

Under the sentencing guidelines, Judge Heather Norton said the case was medium culpability, harm category 3. Dealing with the council as a large organisation, she reduced the starting point from £400,000 to £300,000 "given that the cost will ultimately, even if not immediately, fall to the residents to pay". She awarded a full discount for the council's early guilty plea and fined it £200,000 with full costs of £21,501 to be paid.