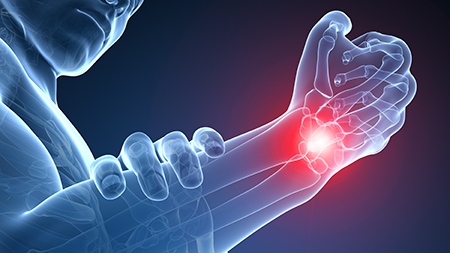 The case relates to seven employees who worked for the council's grounds maintenance and street care team looking after the public spaces in Hertfordshire. An HSE investigation was sparked after cases were reported under RIDDOR.

HAVS can be caused through the over use of hand-held power tools where vibrations can lead to neurological, vascular and musculoskeletal damage resulting in conditions such as Raynaud's syndrome, carpal tunnel syndrome and tendinitis. The HSE estimates there are two million workers at risk and currently 288,000 sufferers in the UK.

Luton Magistrates' Court was told how Dacorum Borough Council had reported seven cases of HAVS to the HSE between May 2015 and June 2016.

The HSE found that the council had both failed to adequately plan its working methods to prevent HAVS and had not informed employees of the potential risks. The council also had no surveillance system in place to identify problems at an early stage and had failed to limit employee exposure to the duration and magnitude of vibrations.

Dacorum Borough Council pleaded guilty to breaching reg 5 of the Control of Vibration at Work Regulations 2005. In addition to the fine, it must pay £28,673 costs.

Following the court case HSE inspector Rubeena Surnam said: "This was a case of the council failing to identify the risk from hand-arm vibration which is a recognised health risk with potentially disabling consequences.

"Unless vibration is identified and properly assessed, an employer won't know the level of risk and whether action is needed to protect workers."