Contractor failed to identify ‘foreseeable’ risk of entrapment on rollercoaster 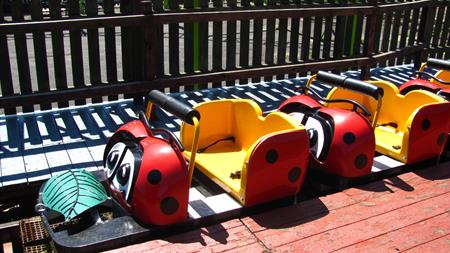 Five-year-old New Zealander Lucy Hibbert was on holiday in the UK with her family when the accident happened on 5 June 2012 at Lightwater Valley Theme Park, North Yorkshire.

The Ladybird rollercoaster was returning to the station (the area where passengers board and exit the ride) when Lucy's right leg came out of the carriage and became trapped between it and the platform edge. Her leg remained caught as the ride advanced the full length of the platform.

Lucy sustained ligament, cartilage and nerve damage to her leg and foot.

The Health and Safety Executive's (HSE) investigation found that David Geary had been contracted by Lightwater Valley to carry out a risk assessment on the Ladybird rollercoaster, however he had failed to adequately identify the possibility of entrapment between the carriage and the platform.

Lightwater Valley Attractions pleaded guilty to breaching s 3(1) of the Health and Safety at Work Act. The company was fined £40,000 at York Crown Court on 25 May and ordered to pay costs of £17,000.

David Geary was found guilty of breaching s 3(2) of the Health and Safety at Work Act, for failing to protect those other than his employees from risks to their safety. He was fined £7,500 plus £2,500 costs.

After the hearing, HSE inspector Kate Dixon said: "The company failed to ensure that members of the public were not exposed to such risks. The possibility of limbs being trapped in this way on the Ladybird ride was foreseeable and should have been dealt with properly by both parties.

"Following the start of the HSE investigation, an improvement notice was served on Lightwater Valley Attractions and it made a number of changes to the ride to reduce the risk of entrapment."

The girl's father, Paul Hibbert, said that his daughter has undergone two rounds of reconstructive surgery and "extensive" physiotherapy since the accident.