Container terminal in the dock over freight carrier overturn 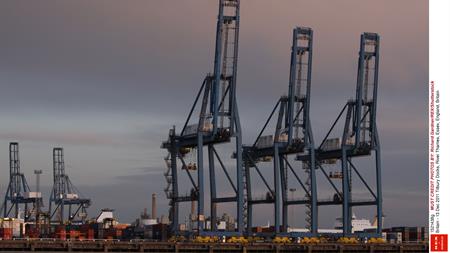 The Health and Safety Executive (HSE) investigation found that the worker inadvertently drove his straddle carrier, a vehicle used in the port terminal for stacking and moving freight and shipping containers, into a large excavation on 16 November 2014.

Basildon Crown Court heard this week that the driver had failed to see the road cones, small flashing lights or the ticker tape marking out the excavation area from his cab due to poor weather conditions. The carrier overturned and the worker sustained serious injuries; his head wound required 29 staples to close and he suffers from post-traumatic stress disorder.

HSE inspectors found that LCT's precautions to prevent the vehicle from entering the excavation were "wholly inadequate". All of the straddle carrier drivers working in its vicinity had been exposed to the risk for several days while excavation work was being undertaken.

London Container Terminal, which is part of Forth Ports Group, pleaded guilty to breaching ss 2(1) and 3(1) of the Health and Safety at Work Act. On top of its fine, the company, which ceased trading in December 2016, was also ordered to pay £73,296 in costs. The fine will be paid by the Port of Tilbury (London).