Construction union under pressure to investigate whether officials aided blacklisting 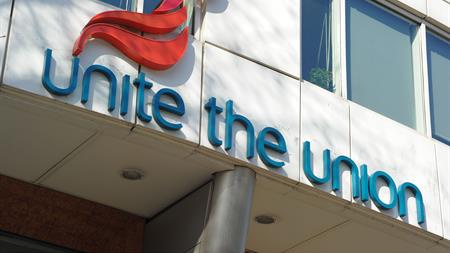 A report in the Construction Enquirer this week reveals that members of the Blacklist Support Group have called on Unite, Britain's largest trade union, to hold an inquiry into the allegations.

The claims first came to light three years ago when John Flavin, former president at the Union of Construction Allied Trades & Technicians (Ucatt), which merged with Unite in January, claimed that union officials had fed information to those helping the Consulting Association to compile blacklist files on union members.

Under this unlawful practice, members who were marked as "troublemakers" because they had raised safety and health concerns with previous employers or were particularly active in the unions, were refused work because they were on the blacklist.

This week a group of 41 blacklisted workers called on Unite to commission an independent inquiry into the claims its officials were complicit. According to a report in The Guardian newspaper, the latest development builds on last May's out-of-court settlement in which leading construction firms agreed to pay sums totalling £75m to 771 blacklisted workers to avoid a trial at the High Court. Previously confidential files prepared for the High Court action suggested that officials at Unite and Ucatt privately warned managers of large construction firms about employing specific workers.

In a statement reported by the Construction Enquirer, the group of blacklisted workers said: "The investigation should involve reviewing Consulting Association files that name union officials as the source of the information about union activists and other documentation that has become available to the union during its ongoing persistent campaigning against blacklisting".

In response to IOSH Magazine's request for a comment, Unite issued a statement from acting general secretary Gail Cartmail. She said: "Unite has campaigned legally, industrially and politically to win justice for blacklisted workers and to ensure the disgusting practice of blacklisting is ended once and for all. This work continues in respect of contemporary blacklisting.

"Blacklisting is an industrial crime, the blame for which lays squarely at the door of the construction companies.

"From 2013 to 2016 Unite undertook intense litigation against companies and individuals guilty of blacklisting and received public apologies and millions of pounds in compensation for our members. Unite is currently engaged in more litigation against construction companies such as McAlpines, on behalf of members who are victims of this terrible crime.

"Only a full public inquiry with judicial authority will fully explain the depth to which the state and employers colluded to deny construction workers employment."

In 2008, the Information Commissioner's Office (ICO) uncovered the Consulting Association's secret database containing the personal details of more than 3,200 workers, which had been used by more than 40 construction firms that subscribed to the blacklist to identify potential "troublemakers" and deny them work. In March 2009, the ICO closed the Consulting Association and fined its operator, Ian Kerr, £5,000.

The case resulted in the Employment Relations Act 1999 (Blacklist) Regulations 2010, which makes it unlawful for organisations and employment agencies to refuse employment to or sack individuals because they are on a blacklist.