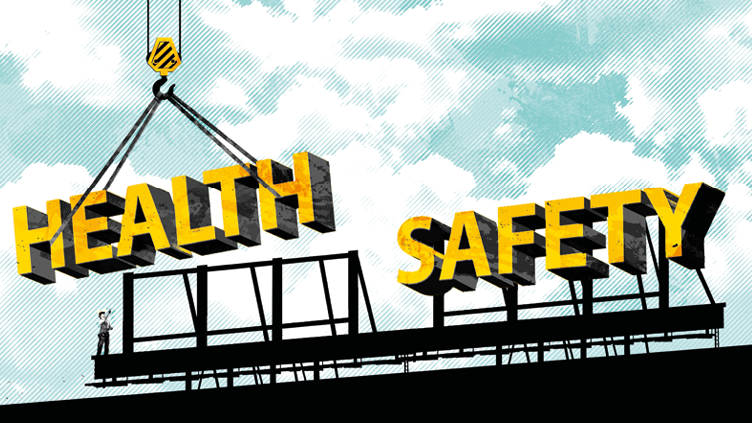 "We've already seen big improvements in the management of safety risks since 2000, when 100 workers were sadly lost, whereas last year it was 35," minister for disabled people, Justin Tomlinson, who currently holds the safety and health portfolio, told a summit of construction heads at London's Royal Institution on 21 January. "But the number of people suffering and dying from diseases caused by construction work is far, far greater -¦ we need to do much more to think health and manage health risks in the workplace."

The minister's attendance, along with other major figures including Health and Safety Executive (HSE) chair Dame Judith Hackitt, health and work czar Dame Carol Black and National Health Service England chair Sir Malcolm Grant, was a sign of the opportunity the gathering offered to influence occupational health in one of the most hazardous industries.

The meeting was called to secure commitment from chief executives to help cut the sector's ill-health toll, which included 1.2 million days lost in 2015 and 40% 0f UK workplace cancer deaths and registrations.

The summit's chair, Heather Bryant, former head of the HSE's construction division and now Balfour Beatty health and safety director, reminded delegates that the event echoed the Construction Summit convened in 2001 by then deputy prime minister John Prescott. That event resulted in commitments from safety heads to work to cut the industry's high accident rate.

"Today is all about taking the next step in treating health like safety," said Bryant. "You are the leaders and influencers of construction."

The summit was organised by the Health in Construction Leadership Group (HCLG), which was convened last year and comprises IOSH, the British Occupational Hygiene Society and the Unite trade union, as well as major construction clients such as Crossrail and contractors including Balfour Beatty and Skanska (see box on page 26).

Clive Johnson, group head of health and safety at developer Land Securities, was one of the summit's prime movers. He says there was no arm twisting to persuade the heads of the UK's contractors and clients to attend: "I thought we'd have to lobby hard to get them but I've never had so many emails about an event in my life."

This interest exceeded even that in the event 15 years ago, he says. "If you think of the 2001 summit, it wasn't CEOs, it was mostly safety professionals like me."

Simon Clarke, an electrician diagnosed in 2012 with mesothelioma, attended the gathering to describe the effects of his work with asbestos as an apprentice in the early 1980s.

"I used to cut the insulation off the pipes to put the earth straps on and crawl around roof spaces full of lagging," Clarke recalled. The result was an operation that doctors warned he had only a 60% chance of surviving. He was currently clear of the cancer, he said. "But it could return at any time and could kill me within weeks". He noted that 20 tradespeople a week die of cancers caused by their exposure to asbestos at work.

"That needs to change," he said. "The only way it will happen is by educating ourselves and our workforces and the only people who can do that
are you."

Bryant said asbestos exposure remained a problem. "But what is the next asbestos?" she asked. "Silica dust? Wood dust? Chemicals? Mental health?"

Using voting buttons, delegates responded to questions throughout the session. These revealed that only 50% were aware of the impact of occupational health on the construction sector; 53% had no plan or were unsure whether one existed to tackle ill health in their organisations; and 48% thought an occupational hygienist's job was to ensure worker wellbeing -- the correct answer was to control health risks.

Judith Hackitt said that, for the construction heads, "dealing with health risks is going to require a step-change in thinking ... I'm sure if it was simple you would have done it already."

On the HSE's proposed medium-term strategy for improving the occupational health and safety of Great Britain (www.hse.gov.uk/strategy), she said: "Ownership of the health and safety system is not mine, not HSE's, but rests with all of you."

She argued that good health was good for business and that tackling ill health would not just cut employment costs and reduce employers' liability premiums but would pay them back in increased motivation and productivity.

"In a time of real skills shortages in the industry, people are going to choose who they work for," she added. "I think they will work for those who care.

She noted the results of the HSE's recent inspection campaign targeting health management on construction sites, observing that, of the 560 visited, conditions at 108 prompted improvement notices. 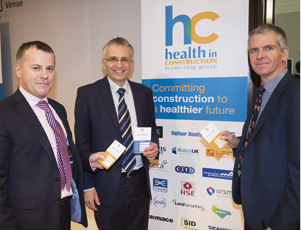 Tomlinson backed up Hackitt's point about good health leading to increased profitability, and reminded delegates that construction's problems were part of a wider pattern: "One in three people in this country will have either a disability or a long-term health condition. The vast majority aren't born with those conditions but acquire them as they get older predominantly through work. But most businesses aren't aware of the full extent of health problems that we face in the workplace."

He said businesses should take advantage of government support through schemes such as Fit
for Work, which provides early occupational health advice to help those off work for more than four weeks return quickly. He added that the government was due to publish a white paper on health at work within months.

Tomlinson said he wanted to highlight one health problem: stress and depression, which affects around one in six people at some point in their working lives, and accounted for about 20% of the 69,000 average annual cases of ill health in construction over the past four years.

"We are spending £43m on a series of pilots of group work, peer-to-peer, telephone and online support to test what is the best way," he noted. "We understand early intervention is key and part of your challenge is to recognise that and to signpost people to get this government support early on. Last year we lost 300,000 people from the workplace through mental health conditions alone. Many of those [losses] could have been avoided."

He commended the HCLG's plan to bring to the UK the Mates in Construction initiative, which has trained 87,000 workers in Australia to recognise symptoms of stress and depression in colleagues to try to reduce the sector's higher-than-average suicide rate (matesinconstruction.org.au).

Andrew Wolstenholme, chief executive for London's Crossrail link, drew his peers' attention to the facts that construction workers retire five to ten years earlier than the national average -- "not because they want to but because they have to" -- and that the sector loses millions more hours to illness than others.

As co-chair of the Construction Leadership Council, Wolstenholme was conscious of the £411 m value of the major projects on the National Infrastructure Plan with which the contractors present would want to be involved. "We have to do something different to attract the workforce that we need to be able to engage in those programmes," he said. "Do we actually portray the right image to attract people to come into the sector?"

He noted Crossrail was carrying out research to monitor the health effects of working conditions in tunnels and station sites "and putting digibands on our workforce to understand the consequences of different shift patterns".

He added: "If you look at the supply chain bringing equipment into our tunnels, there are robotic arms to drill the 250,000 holes we need to fix our cables. That eliminates the interface between humans and hand-arm vibration and dust."

Wolstenholme asked delegates to imagine the effects of 10 years' concerted efforts in construction to manage occupational diseases. He suggested they might envisage an industry that lured graduates who would now be dreaming of careers only with Google or Rolls-Royce. "Remember where you were on the 21st of January 2016," he said. "This is this industry's health lightbulb moment."

Each business leader was asked to complete a pledge card at the end of the session (see above), committing their organisation to improved health management and to nominate a senior manager to be responsible for ensuring the initiative is carried through. Some 90 cards were completed at the event; other chief executives took them away to confirm a nominee and have returned them since, bringing the total to around 120.

The nominees will be invited to a second meeting on 21 April. Unlike the January summit, this will be a full day, with break-out groups to discuss various health initiatives. Most of the attendees are likely to be health and safety heads of the clients and contractors, nominated by their chief executives to fulfil the pledges, but not all of them.

"You'd be surprised how many CEOs signed both sides of the card," says Johnson, "which shows they want to carry it on themselves."

The commitment to improvement is important, he believes, but so is building on existing good work. "On the next day we'll be saying 'this is how Skanska manage this' or 'this is how Mace did it'," he says. "We don't want people reinventing the wheel."

Johnson says the HCLG is now working out how it will measure the success of the summit and the commitments that flow from it. Improved management of some conditions such as musculoskeletal disorders might by reflected relatively quickly in self-reported ill-health data in the government's quarterly Labour Force Survey and other official measures. But statistics for long-latency conditions such as occupational cancer could take decades to register exposure curbs.

The HSE's research division, the Health and Safety Laboratory, has created a matrix that will help the HCLG monitor progress. Meanwhile, Johnson says, the group has to plough on, confident it is doing the right thing and that the evidence will come later.