Construction sector to be consulted on new occupational health model 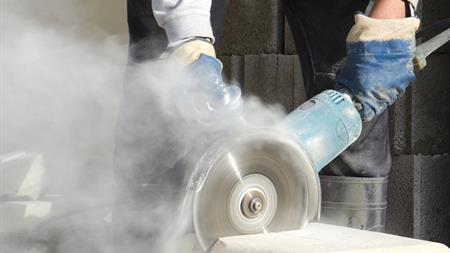 B&CE, a not-for-profit organisation, which operates the UK construction industry's pension scheme, has developed a simplified health assessment framework to underpin the scheme and is asking the sector for its feedback on the proposals.

The new framework is a three-year plan. In the first two years, health assessments will be carried out through online questionnaires while in year three workers will go through face-to-face assessments.

B&CE says the framework will focus on the occupational health hazards that workers are exposed to while helping employers demonstrate compliance with legislation. It will also show if the worker's health is likely to impact on their work, replacing the need for safety critical worker assessments. Another benefit is that it will give early warnings of any workplace changes that are needed to protect workers' health.

Developing the framework is the first step in creating the new model, says B&CE. The long-term plan is to create a digital, portable record that workers can take from site to site and contractor to contractor. This will enable workers to own and manage their own health records for the first time, it adds. 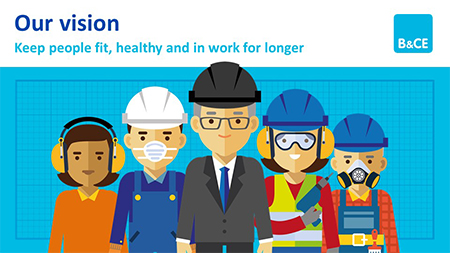 The organisation argues that the new scheme will make it easier for construction companies to manage occupational health and will also be more cost effective because it will mean that workers spend less time away from work undertaking multiple assessments.

B&CE held a series of breakfast meetings in Glasgow, Birmingham and London last month to gauge the construction industry's views on the framework. Delegates were asked whether the framework would simplify occupational health management for them and whether their business would adopt the framework. According to B&CE, 93% of attendees responded positively to both questions.

B&CE chief executive Patrick Heath-Lay said: "Creation of the framework is a vital first step, and we want to get it right so that we create a scheme that benefits the whole construction industry. Our online consultation will enable more of the industry to give us their views."

B&CE took over the CBH scheme in 2016 from its previous operators, the Construction Skills Certification Scheme. CBH was established in 2004 to offer contractors access to occupational health services such as health surveillance. The scheme had around 340 employers signed up, but critics said its penetration in the industry was poor. The new scheme will be separate from the CBH, which will continue to run.

The online consultation is open until 29 September.