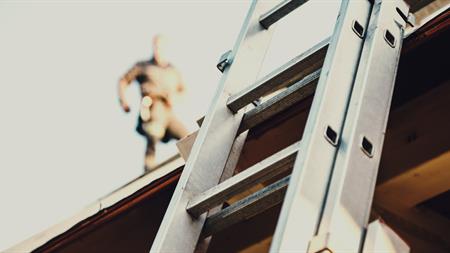 The figures are based on around 10,000 building site inspections carried out by the construction safety body between January and June this year.

They show there were 1,064 work at height and edge protection failings in the first three months of 2018, compared with 1,200 in the second quarter.

The findings reflect the Health and Safety Executive's (HSE) latest statistics on workplace fatalities, which revealed that the total deaths from falls from height leapt back up in 2016-17 to stand at 35, in line with the five year average of 37, after a fall to 27 in the previous 12 months. Almost a quarter of the 144 people killed at work in the 12 months to the end of March fell from height.

The figures also show that 5,055 construction workers sustained non-fatal injuries in 2016-17 and 18% of these were also attributed to falls from height. The most common causes of accidents in the sector were slips, trips and falls (24%) and handling, lifting and carrying (21%).

BSG said falls through fragile surfaces, particularly fibre-cement roofs and roof lights, account for most of all fall-from-height fatal injuries in the construction industry.