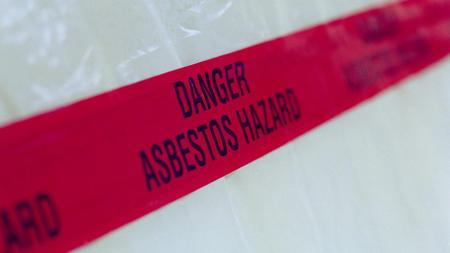 The Health and Safety Executive (HSE) found PC Ashe Construction had appointed cladding installer Cladceil to carry out the refurbishment at Oakwood Junior school in Derby on 1 August 2016 during the school holidays. The Nottingham-based company had subcontracted the work to another company and its workers had been asked to remove suspended ceiling tiles from rooms in the school.

Unaware of the risk, two workers entered a storage room and started to remove ceiling tiles made of asbestos containing materials, potentially exposing themselves to the harmful fibres. A licensed asbestos removal company working on the site alerted management and the removal work was stopped to deal with the contamination.

The HSE found Ashe Construction had failed to effectively plan, manage and monitor the work to prevent the accidental removal of the contaminated tiles. It had also failed to explain the location of the asbestos, leaving the storage room open without barriers or signs warning of the hazardous material.

Cladceil also failed to effectively plan, manage and monitor the work. Although it had appointed a subcontractor, the cladding installer only provided the company with a generic risk assessment and method statement, which failed to identify important information, including the asbestos risk.

Hitchin-based Ashe Construction, pleaded guilty to breaching reg 13(1) of the Construction (Design and Management) Regulations 2015 and s 3(1) of the Health and Safety at Work Act at Derby Crown Court. The PC was fined £100,000 and must pay £9,760 costs.

The HSE confirmed that the client did provide Ashe Construction with a survey report.