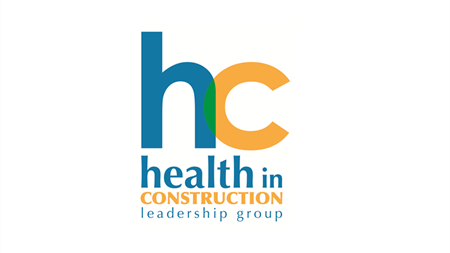 The summit was convened by the Health in Construction Leadership Group, whose members include IOSH, the British Occupational Hygiene Society and the Unite trade union as well as major construction clients and contractors such as Crossrail and Balfour Beatty.

The meeting was intended to secure commitment from the chief executives to helping cut the toll of ill health in the sector, which resulted in more than 5,000 fatalities in 2015 and 1.2 million days lost.

"Today is all about taking the next step in treating health like safety," said Balfour Beatty health and safety director Heather Bryant who chaired the summit. You are the leaders and influencers of construction."

The summit was addressed by the minister with responsibility for health and safety Justin Tomlinson, who told the construction leaders that "health should be a given in the same way that safety is a given".

Bryant reminded delegates that the event echoed the Construction Summit convened in 2001 by the deputy prime minister John Prescott which resulted in commitments from construction sector heads to work to cut the sector's accident rate.

Following testimony from Simon Clarke, an electrician diagnosed four years ago with mesothelioma, who spoke about the results of his work around asbestos as an apprentice in the early 1980s, Bryant said that asbestos exposure was still going on. "But what is the next asbestos?" she asked. "Silica dust? Wood dust? Chemicals? Mental health?"

Delegates were equipped with voting buttons and responded to questions throughout the session. These revealed that only 50% were aware of the impact of occupational health on the construction sector, 53% had no plan or were not sure if one existed to tackle ill health in their organisations, and 48% thought an occupational hygienist's job was to ensure worker wellbeing -- the correct answer was to control health risks.

Health and Safety Executive (HSE) chair Dame Judith Hackitt said that for the construction heads "dealing with health risks is going to require a step change in thinking." But she argued that tackling ill health would not just cut employment costs and reduce employers' liability premiums but would pay them back in increased motivation and productivity.

"In a time of real skills shortages in the industry, people are going to choose who they work for," she added. "I think they will work for those who care.

She noted the results of the HSE's recent inspection campaign targeting health management on construction sites, observing that of the 560 sites visited, conditions at 108 prompted improvement notices.

After the meeting, the business leaders were each asked to complete a pledge card committing their organisation to improved health management and to nominate a senior manager who will be responsible for ensuring the initiative is carried through. These nominees will be invited to a second meeting in the spring.