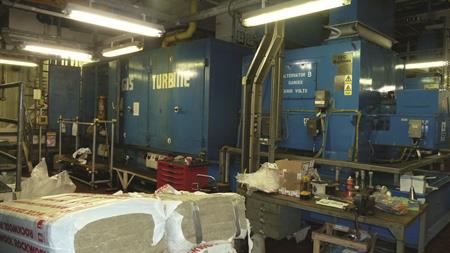 Lord Justice Treacy rejected the oil and gas exploration company's application at the appeal hearing, held on 11 October 2016 in London.

The incidents happened between 30 November and 1 December 2012, during maintenance work to refit a fuel pressure control valve on one of three gas turbine generators that supplied electricity to the LOGGS platform. Over 600 kg of methane vented directly into the turbine hall and threatened the lives of 66 employees, the Health and Safety Executive (HSE) said.

HSE inspector John Hawkins told IOSH Magazine previously that ConocoPhillips' procedures were not being followed: "The planning was awry. Some of the permits weren't filled in properly and some of the risk assessment hadn't been completed properly," he said.

The company pleaded guilty at Lincoln Crown Court to a breach of reg 9(1) and two breaches of reg 19(1) of the Offshore Installations (Prevention of Fire and Explosion, and Emergency Response) Regulations 1995 for failing to prevent uncontrolled hydrocarbon releases. On 8 February 2016 it was fined £1m for each of the failings and was ordered to pay costs of more than £159,000.

At the appeal hearing, Judge Treacy told the court that ConocoPhillips UK had fallen short of appropriate standards and the case was one of high culpability. He outlined a serious and systemic failure to address risks to health and safety, both in the permit to work process and in the vital systems that had persisted over a period of time.

He said: "The risk involved was foreseeable and significant. If the gas had ignited the risk to personnel of death or serious injury was extremely high. At least seven personnel had been put at extreme risk with a further five at particularly high risk. However, all 66 occupants of the platform had been put at significant risk.

"The failures represented by counts two and three amplified and perpetuated the failure to provide a safe system of work reflected in count one. The applicant fell markedly short of a reasonably practicable standard for a safe system of work. There had been multiple failures and omissions in the permit to work system and these failures had extended over some months."