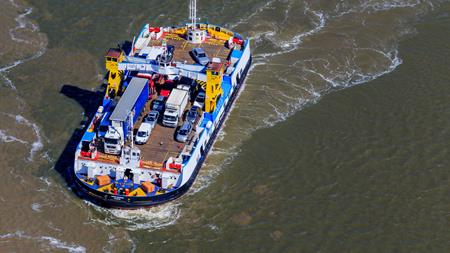 An ambulance was called to the ferry, which is run by Briggs Marine Contractors (BMC) on behalf of Transport for London, and the worker was treated at the scene, trade union Unite said in a statement.

As well as engine fumes, Unite said that firefighting equipment on board was insufficient and that staff had discovered E.coli bacteria in one of the boat's water tanks.

Unite regional officer Onay Kasab said: "We have ongoing concerns about health and safety. The escaping fumes from the engine room could have also put passengers at risk.

According to reports, BMC took the ferry out of service straight away and an investigation is underway.

A spokesperson for the company told IOSH Magazine: "On the afternoon of 28 January, an ambulance was called to the ferry after one of our engineering staff felt unwell after leaving the engine room. The engineer was assessed by paramedics at the scene and did not require hospital treatment.

"The ferry was removed from service immediately. Initial testing by London Ambulance Service found no harmful levels of carbon monoxide to be present. We take the health and welfare of our staff and passengers very seriously indeed and we are investigating the incident thoroughly.

"The other issues were raised as an ancillary part of an ongoing trade dispute between us and Unite the Union and GMB. All our vessels are operated in compliance with a strict regulatory regime, including frequent Statutory and Class Surveys and the application of a Statutory Safety Management System, which is in itself, together will all on-board equipment, subject to regular external audit by the Maritime and Coastguard Agency.

"The health and safety of our staff and passengers is Briggs Marine's number one priority, and we are working closely with our staff and the Unions to resolve concerns."

There is ongoing industrial action between 36 BMC ferry workers, who are Unite members. On 27 January they held the first of 12 days of strikes; the next is due on 3 February.

The Woolwich ferry is a free service that carries 3,500 vehicles a day across the River Thames in east London.