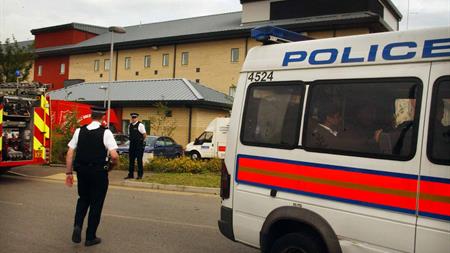 Ghanaian national Prince Kwabena Fosu was found dead on the concrete floor of his cell in Harmondsworth Immigration Removal Centre on 30 October 2012 -- six days after he arrived.

The Crown Prosecution Service (CPS) announced it has authorised criminal charges against GEO Group UK, which managed Harmondsworth at the time of the incident, and Nestor Primecare Services, which was responsible for its health services under contract to GEO. Both companies are alleged to have breached s 3 of the Health and Safety at Work Act.

Fosu was arrested after he was found naked in the street. He was sent to Harmondsworth after a check on his immigration status found he had been staying in the UK illegally after his visa had expired.

Deborah Cole, director of Inquest, a charity focused on deaths in custody or detention, said: "We hope this trial will shine a spotlight on the closed world of immigration detention, the treatment and standards of care of detainees, staff training and culture.

"It will also afford much needed scrutiny on the privatisation of detention services and how multi-national companies are held to account when people die in their care."