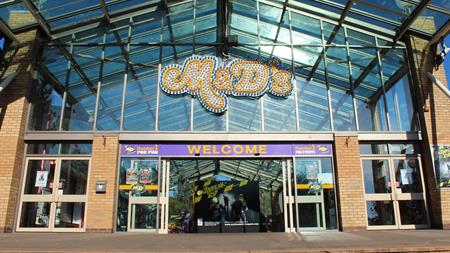 Craig Boswell, trading as Amusement Inspection Services, issued a declaration of operational compliance (DOC) in June for the Tsunami ride, confirming all relevant inspections had been completed and the ride was certified as safe to operate.
On 26 June a train on the rollercoaster was descending through a curve immediately after a 5 m lift hill when it derailed, and five cars crashed to the ground. Nine people were injured.
The Health and Safety Executive's (HSE) investigation found Boswell issued the DOC despite not having a non-destructive testing report, used to demonstrate that the ride had been disassembled and the safety critical parts thoroughly examined.
The lack of this report meant the ride could be operated in an unsafe condition. Weld repairs on the axels were later found to be inadequate and unsound.
Boswell pleaded guilty to breaching s 3(2) of the Health and Safety at Work Act and was ordered to carry out 160 hours of community work as an alternative to custody.
Earlier this year M&D Leisure was fined £65,000 over the accident after it admitted breaching reg 5(1) of the Provision and Use of Work Equipment Regulations.
HSE inspector Martin McMahon said: "Fairground ride inspectors have a crucial role to play in ensuring rides are safe for the public to enjoy. Failing to carry out all aspects of this work properly can have the most serious of consequences.
"It is incumbent on all ride inspectors to ensure they carry out their work diligently and competently at all times."
Topics
Safe systems of work
Catering and leisure
News