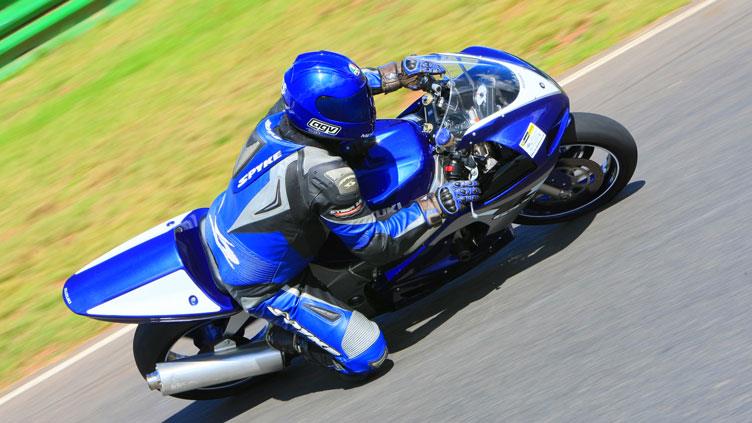 A year later, I went to Butlin's Minehead where they had motorbikes that you could take around a tiny circuit. I think I did one lap before crashing.

I quickly progressed to a Kawasaki Ninja 600cc and was invited to a track day, where the thought of being able to ride as fast as I could was hugely exhilarating. It had got to the point when riding on the road was getting dangerous for the speeds that I wanted to reach. There was a fear of losing my licence but, more importantly, a fear of losing my life. I had had a few accidents on the road caused by cars pulling out on me. I'd broken ribs and collar bones but I started to think that the track was probably safer; quicker but safer.

On my first track day I was put into the novices' group - there are three groups at a track day: novice, intermediate and fast. After three days I decided that I was going to move up to the next group, intermediate, where you have to prove yourself again, to show you can sustain yourself in that fast group. 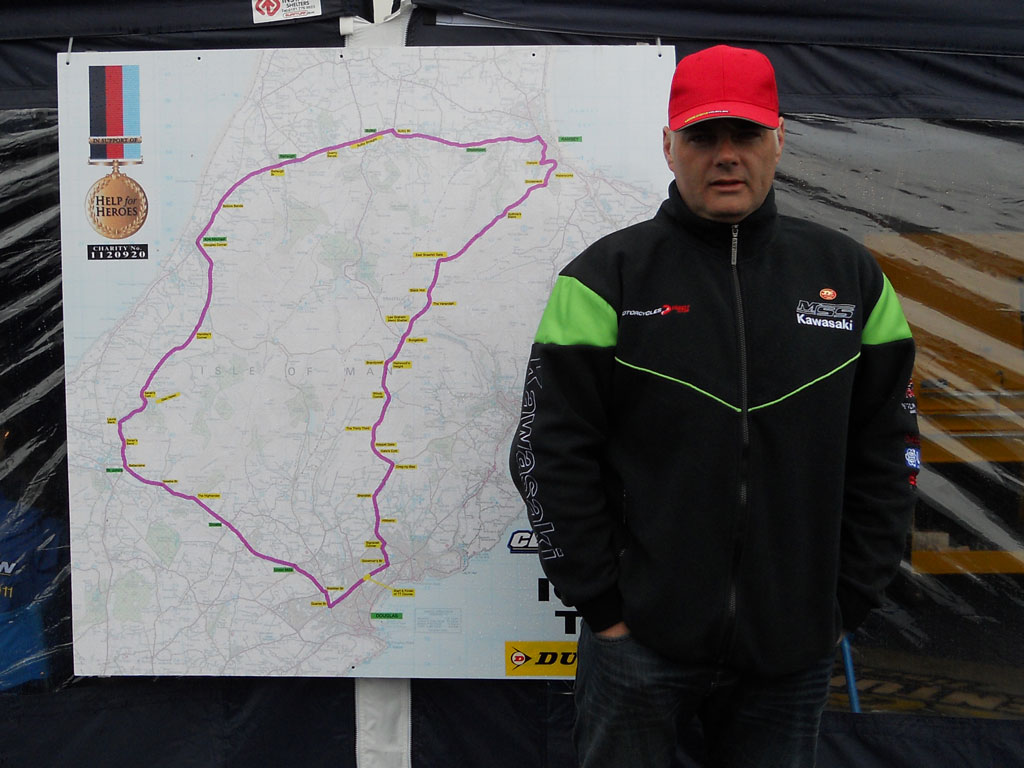 At my favourite track, Mallory Park, near Leicester, I can more than hold my own; I consistently achieve close to one-minute laps. I'm very proud of the improvement in my lap times over the years. I've cut my time from one minute 27 seconds from when I was a novice to now hitting one minute three seconds in the fast group.

About five years ago, I converted and upgraded my Kawasaki ZX6R (pictured left) and took it on to the track. It still has a daytime MOT certificate so I can take it to the Isle of Man TT festival, riding the mountain section as fast as I can. [There are no speed limits on some sections of roads on the Isle.]

I've crashed at Mallory, and I've crashed at Anglesey race track. In fact, it was on my first visit to Anglesey that I came off. Even though I was used to riding in fast groups at other tracks, the rules state that, if it's your first time at a circuit, you begin with the intermediates. I became a little frustrated with the group around me and I attempted to overtake another rider as we were both going into a corner.

I started to feel the front of the bike go away from me but, just as I started to wrestle back control, the front wheel went on to the grass, forcing the bike one way while I went the other. I was fine, but the brake lever wasn't so lucky.

I was also at Mallory when a rider fell, and was taken by one of the two on-site ambulances to hospital in Leicester. An hour later another rider crashed, requiring medical attention and the remaining ambulance was deployed. This lack of ambulance cover meant the track immediately came to a halt. It shows that the safety on these days is paramount. The ambulance service is there, and so is St John Ambulance but, if there is no emergency presence, the races stop.

In a way, we did something similar at RGF about three years ago. We're a haulage firm and once had to order every single one of our 100 trucks across the country to stop and park because of high winds; we took the decision that it was too dangerous to proceed.

On track day, PPE is obviously essential; you can't get on a bike unless you have an Auto-cycle Union stickered helmet. You can't use a cheaper alternative; it will not be up to it.

You also need good quality leathers. I have come off twice in my current pair and you can hardly tell. I've never cut my skin or broken a bone. It's the same when purchasing PPE in the workplace; to pay just that little bit extra gives you peace of mind.

Why do I like to ride? I get an adrenalin rush from the day. It perhaps goes against your core as a safety and health professional that you're doing something where you know there is such a high level of risk, but it's about being able to ride the bike as it was meant to be ridden.