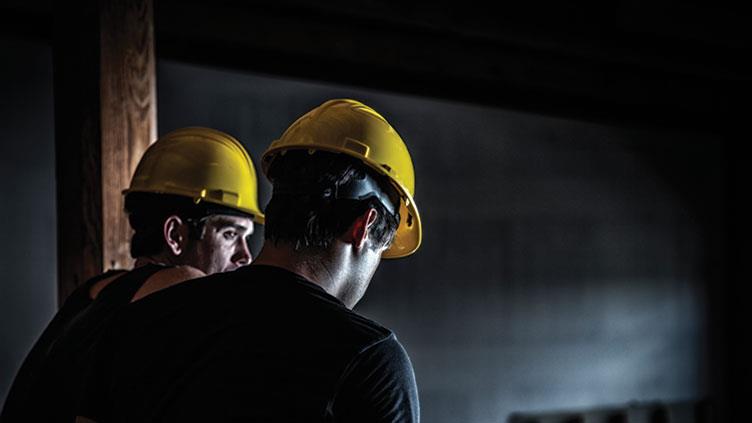 If you didn't know what Dr Michael Hastings does for a living, his desk at the Medical Research Council Laboratory of Molecular Biology in Cambridge (MRC) provides some clues. Academic papers plus a plastic model of the human brain suggest that he's a neuroscientist. But the mimosa sapling is the real give away, because Hastings studies the body clock and mimosa has a seminal place in our understanding of circadian rhythms.

Scientists have long been aware of circadian rhythms. In the 4th century BCE, Androsthenes of Thasus, companion of Alexander the Great, described the daily unfurling of tamarind leaves and the physician Hippocrates noted 24-hour patterns in human fevers. But it was in 1729 that French astronomer Jacques d'Ortous de Mairan provided the first convincing evidence for a biological clock.

De Mairan was fascinated by mimosa, a tree which opens its leaves during the day and tucks them up at night. To probe what could be driving the process, he plunged the plants into 24-hour darkness and found that even without light, this cycle of leaf opening and closing continued. It was as if the plants could sense the sun even in its absence.

Scientists now know that circadian rhythms are both ancient and ubiquitous. Since life on Earth evolved 3.8 billion years ago, organisms have been exposed to dawns and dusks. And because this cycle causes profound yet predictable changes in the environment, from air temperature to food supply, almost all organisms have evolved a body clock.

"The reason we think plants and animals have a clock is that it helps them to anticipate when day and night will come," says Hastings, "and because every organism under the sun needs to prepare for day and night, these clocks are really important. That's why evolution has given them to us."

He counts himself lucky to have witnessed dramatic discoveries in circadian science. As recently as the 1950s, the idea of an internal clock was contested in the scientific community. During the 1960s, improvements in tissue culture allowed researchers to start studying the body clock in test tubes. In the 1970s, they discovered first the pathway between the retina and the brain region housing the clock and finally the clock itself -- a bunch of a few thousand cells in the hypothalamus. This they named the suprachiasmatic nucleus or SCN.

"Once that was identified, it could be manipulated experimentally, but in terms of mechanisms it was a 'black box'," Hastings recalls. The advent of genome sequencing changed all that and by the early 2000s researchers had found several clock genes. "Once we'd got the mechanism, everything fell into place," he says.

Today, Hastings is trying to unpick the relationships between the SCN and the peripheral clocks in all our other cells. "I want to understand how the individual cells -- which have their own internal clocks -- are wired together to give a clock signal equivalent to Big Ben sending out a time cue," he says.

As well as revealing the molecular mechanisms involved, his work also has real-world implications for millions of shift workers. "As an MRC scientist, the relevance of the body clock to public health is shift work, particularly rotational shift work. It's the biggest threat [that circadian disruption poses] to people's wellbeing," says Hastings. "The clock changes everything, on a permanent basis, minute by minute, throughout our daily life," he says.

For most of us, being awake during the day and asleep at night is the clearest outward sign of circadian rhythms. But we are less aware that most things inside our body follow a similar tempo. Our metabolism, our physiology and even the way our brains work run with a roughly 24-hour rhythm, and what our bodies do well in daytime differs from what happens at night.

Because we cannot eat while asleep, during the day our liver, pancreas and gut prepare themselves for food. We produce more saliva, our stomach empties faster, our colon pulses more, and we metabolise glucose faster during the day, all driven by the body clock. 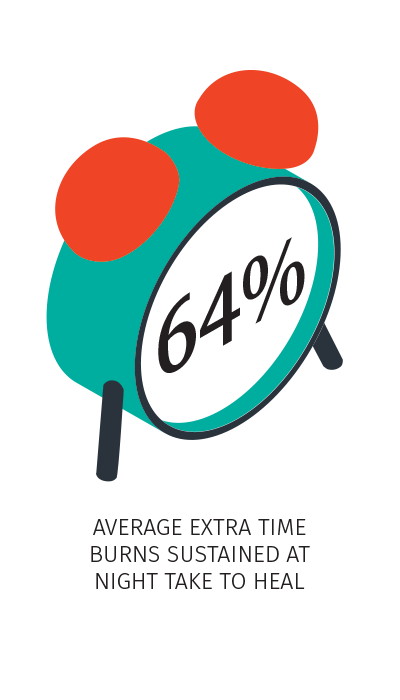 But it's not only our liver, pancreas and intestine that are affected. Levels of the stress hormone cortisol begin to rise before dawn so that by the time we wake, we are ready to meet the day. Cortisol has major effects on our physiology -- from blood pressure and cardiovascular system to metabolic rate and skeletal muscle -- and affects our mood, concentration and creativity.

At dusk, as we prepare to withdraw from the world, these processes are turned down. Sleep, however, is more than mere absence of consciousness. At night, while we sleep, our body clock turns on systems that detoxify poisons, fight infection and promote growth, as well as processing information and consolidating memories. Research published in early November by the MRC Laboratory of Molecular Biology found that burns sustained between 8am and 8pm heal in 17 days on average, while those inflicted at night take 28.

All these things impact on our performance, as hundreds of studies show. As Professor Russell Foster of the University of Oxford describes in his book Circadian Rhythms: a very short introduction (Oxford University Press 2017), swimmers can sprint faster over 50m, and tennis players serve more accurately, in the evening than the morning. Toothache is lowest in the morning. More heart attacks -- and more natural births -- occur in the morning. All these things and more, including bowel movements, libido, body temperature, glucose tolerance, and levels of hunger and satiety hormones ghrelin and leptin, are affected by our internal clocks.

Researchers are now finding that being awake when our body clock thinks we should be asleep has consequences for safety and health, and accidents are merely the most immediate risk.

People ask what's the best shift schedule? There isn't one

Many researchers believe it's no coincidence that major disasters, from Chernobyl and Three Mile Island to Bhopal and the Exxon Valdez, all occurred at night; losing even one hour's sleep when clocks change to summer time results in 20% more traffic accidents. Being awake for 24 hours, says Foster, impairs performance to the same degree as being over the drink-driving limit.

Evidence also suggests that shift work increases the risk of many serious health conditions. Nurses are among the best studied shift workers, and studies have associated night shifts with increased incidence of type 2 diabetes, gastrointestinal disorders, cardiovascular disease, obesity, depression and memory problems and some types of cancer, although the strength of the link in the latter case has been questioned (see box above). 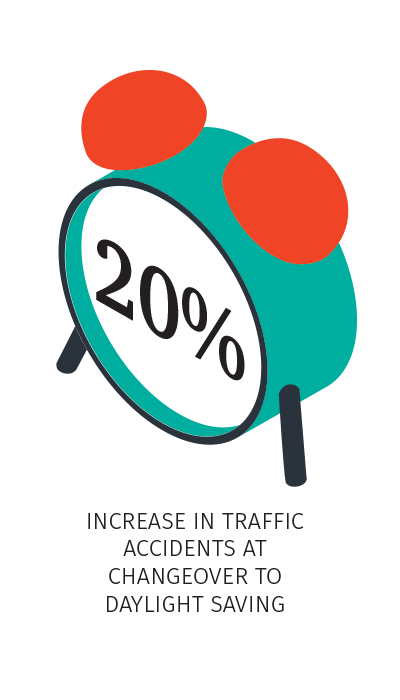 Being forced to live against our circadian clock has metabolic consequences. "Both short and long term night-shift work carries varied and important health risks. But the studies undertaken to date are largely observational, and by their very nature cannot demonstrate a causal link between shift work and illness. Lifestyle factors associated with shift work may contribute to the increased health risk," says Foster.

Even though we don't fully understand the complex mechanisms at work, Foster believes we know enough to try and mitigate the health issues associated with shift work. "The 24/7 society is here to stay, it's a genie we're not going to put back in the bottle," he says. "There is no point hand wringing -- so what should we do?"

Some research has suggested that instructing employees to wear dark glasses going home in daylight after night work and fitting blackout blinds in bedrooms may reduce disruption of production of melatonin, the hormone which regulates circadian rhythm.

Another control is to design shift patterns around a fast forward rotating system (that is two morning, two evening and two night shifts followed by two days off) that helps prevent circadian disruption or at least to minimise the number of consecutive night shifts any worker is rostered to work.

He says: "People ask what's the best shift schedule? The answer is that there isn't one, because it depends on whether you're a morning or evening type. One type does not fit all, so chronotype is critically important."

Chronotype depends on many factors, including age and gender as well as genetics, but the online Munich sleep questionnaire (bit.ly/2Bxt6BY), which asks about preferred bed and wake times on free days rather than work days, is an easy way to distinguish between morning and evening types. "We know that if you're a late type and you're forced to do morning shifts you're buggered. If you're a late type, doing late shifts is not so bad. Trying to map chronotype onto the type of night shift is a real opportunity," he says.

Employers should also provide better health screening for shift workers. Given that sleep-wake disruption is associated with loss of vigilance, impulsivity and memory loss, as well as cardiovascular disease, type 2 diabetes and metabolic syndrome, screening could help identify problems before they become pathological. "Employers have a duty of care to ensure there are higher-frequency health checks because of the dangers associated with night shifts," according to Foster.

He also advocates tailored nutrition: "It's an area where we've missed a trick. Knowing that workers don't adapt to the night shift even after 20 years, that the gut isn't in great shape to process food at night and obesity and cardiovascular disease is higher, why not provide more appropriate food?" 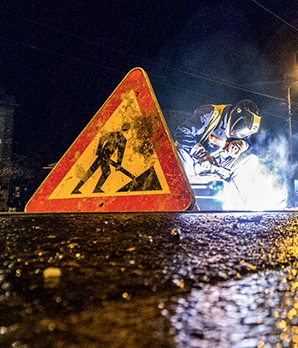 Canteens often close at night leaving shift workers with little choice except convenience foods if they do not prepare their own. In a speech to the Construction Leaders Health Summit in 2016, National Health Service England chair Sir Malcolm Grant noted that nurses working nights in hospitals had to fall back on confectionery vending machines in visitors' waiting rooms for want of other food sources. The Institute of Occupational Medicine's new research review for IOSH (see box above) notes that the difficulty of maintaining a healthy diet which can lead to obesity may be one of the indirect effects of night work "and this may be the ultimate cause of the observed breast cancer risk".

On the safety side, Foster believes we should be using new technology in smarter ways to help cut accidents caused by sleepy brains. "The tired brain is so impaired that it doesn't know how impaired it is," he explains. "We need to counteract the impaired vigilance of the brain with technology [such as] the eye-roll technology used in some high-end cars -¦ these four things we could institute immediately."

Both Hastings and Foster believe that we ignore sleep at our peril, and that we need to change our attitudes towards it. Sleep is not a luxury, sleep deprivation is not a badge of honour, and public health bodies need to make sleep as important as diet, smoking, alcohol and exercise.

Until the advent of electric lighting 150 years ago, we lived at a different tempo. Today, human environments lack the daylight-controlled patterns for which we evolved. "With such ancient biological systems embedded within our biology, we are going to have to learn much more about how circadian rhythms work, develop and control physiology and behaviour if we are to achieve health and productivity in our brave new 24/7 world," Foster concludes.